Since Inside Justice started, we have been asked to help more than 1,400 prisoners claiming innocence. You can read some of our featured cases here, but this is the tip of the iceberg of our substantial body of work. We cannot provide information about cases which are progressing through the courts. 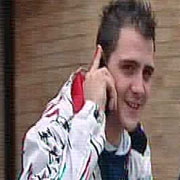 In 2002 our CEO, Louise Shorter, began investigating a murder case from Milton Keynes following a call from the families of Barri White and Keith Hyatt. The men had been convicted of killing Barri’s girlfriend, Rachel Manning. There followed a two year investigation by the BBC documentary programme Rough Justice for a film produced by Louise, arguing the men’s innocence.

In 2008 the convictions were quashed and both men gained their freedom. Their reputations were fully restored when the real killer was identified by scientist and Inside Justice Advisory Panel member Tracy Alexander. Tracy led a team of scientists whose review of the original crime scene exhibits led to the identification of the real killer, Shahidul Ahmed. The original wrongful conviction did great harm to many people; two innocent men imprisoned, leaving the real killer free to create more victims. 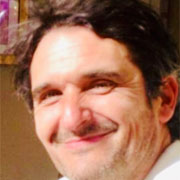 Convicted by a 10-2 majority in March 2018 as part of a conspiracy to import and supply Class A drugs, David Reece (pictured) has consistently maintained his innocence.

David was said to have been a member of a gang of eight involved in the importation of massive quantities of Class A drugs, concealed in agricultural equipment which came into the port of Hull from Belgium via Rotterdam. This consignment alone, said to be one of up to 38 similar trips, had a wholesale value of £4.5 million and potential street value of more than £65 million.

In October 2018, Inside Justice took up the case. Leave to Appeal was granted in October 2019 and, in January 2020, our Advisory Panel members Mark Harries QC of Carmelite Chambers and Lorna Hackett of Hackett and Dabbs, argued at the Court of Appeal that the trial Judge had erred in his handling of bad character evidence against Reece by failing to properly direct the jury regarding Reece’s consistent denial of knowledge in a previous drug seizure. The appeal Judges did not consider the trial Judge’s Summing Up to have been deficient, however, and dismissed the appeal. We have made a short film about David’s day in court.

Our belief remains firm that there is something wholly wrong with David's conviction and we must now do everything we possibly can, with all the expertise Inside Justice has, to find that one thing that could get us back to the Court of Appeal, but we need your help. We are pursuing a range of investigations which, for legal reasons, must remain under wraps for now. 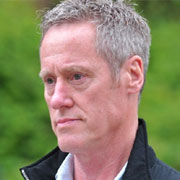 Roger was convicted of murdering his lover Paula Poolton after her body was found in the boot of her car in 2010. The prosecution described a high level of interaction between victim and attacker yet no forensic evidence was found to incriminate Roger.

In 2016 the Advisory Panel of Inside Justice, investigating Roger’s case, was filmed by the BBC,. The resulting two-part documentary Conviction: Murder at the Station can be viewed here and here.

Today, cutting edge forensic techniques could be used to identify the killer in this case but Hampshire Constabulary has lost, destroyed and contaminated key exhibits contrary to statutory guidance. Doing so has denied Roger Kearney the chance to prove his innocence.

CCTV footage, which still exists, could be subjected to new analysis which could form the basis of a new appeal but Hampshire Constabulary has repeatedly refused Inside Justice access to this material. 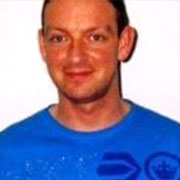 Colin was a nurse in Leeds when a non-diabetic patient fell into a hypoglycaemic coma. As one of the staff on duty that night, Colin was questioned and eventually convicted on four counts of murder and one of attempted murder, of elderly hospital patients.

Inside Justice first became involved with this case when the highly experienced investigative journalist Bob Woffinden brought Colin to the attention of our Advisory Panel. His case has been with the CCRC since 2011. In collaboration with the BBC, a documentary was made which you can view here BBC Panorama: The Innocent Serial Killer. You can also listen to a Radio Leeds interview with Paul May. 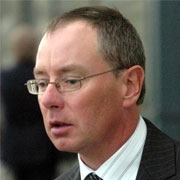 Kevin was convicted of the murder of his girlfriend Dawn Walker in 2006 and sentenced to life imprisonment with a minimum tariff of 22 years. Although the crime scene was rich in forensic opportunity, nothing implicated Kevin. He maintains his innocence and has taken his case to the Court of Appeal, the High Court, the Supreme Court and the CCRC.

Kevin came to us in 2014 for help in the final lead-up to the Supreme Court. Efforts to persuade the CCRC to finish the forensic investigation of Kevin’s case continue and Inside Justice is working with others to develop a national protocol for post-conviction disclosure of evidence. This, in the interests of justice, is vital.