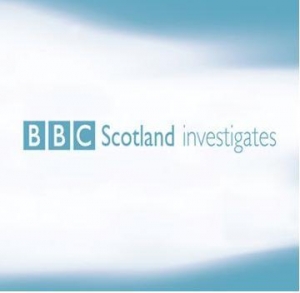 From Inside Time November 2011

'Compelling' was the word used by one experienced voice when reacting to the miscarriage of justice documentary about HMP Frankland resident Colin Norris which was broadcast on the BBC last month. The case initially researched by Inside Timeâ€™s investigative unit Inside Justice was made into a TV documentary in conjunction with BBC Scotland and revealed new medical evidence which lawyers believe will propel the case back to the Court of Appeal.

The Guardian, The Telegraph and The Daily Record were just three of the dozens of newspapers and websites which ran news articles about the 30 minute documentary Hospital Serial Killer: A Jury in the Dark. The programme argued that Colin Norris, who is serving a minimum of 30 years, is a victim himself; of a gross miscarriage of justice. Legal and medical experts interviewed for the programme described the new evidence as â€œincredibly powerful indeedâ€ with another saying â€œthe entire case was built on a foundation which is unsound.â€

The programme reporter, Mark Daly, was interviewed about Colin Norrisâ€™ plight by Today anchor John Humphreys and on the 5 Live Breakfast Show as well as doing live reports for Yorkshire and Scottish TV news. The story led news bulletins throughout the day.

Colin Norris was arrested in 2002 for allegedly murdering elderly patients with insulin as he worked as a nurse. With no direct evidence to implicate him, deaths of other patients which were originally thought to be from natural causes were re-examined. Four were reclassified as murder and put Colin Norris in the dock as the one common denominator; the one person who had nursed all patients. Now, new scientific evidence suggests the original cause of deaths of those 4 cases, as nonsuspicious, were correct. The expert responsible; world renowned insulin expert Professor Vincent Marks told the BBC â€œlooking at all the evidence, all I can say is I think Colin Norrisâ€™s conviction is unsafe.â€ His trial solicitor said the new evidence will â€œblow a very large hole in the central plank of the prosecution caseâ€.

Online bloggers reacted to the programme after it was broadcast. One said â€œLast nightâ€™s show was scary inasmuch as how a man/ woman can be locked up, in this case for a minimum of 30 years, have their lives destroyed regardless, on such shockingly weak evidenceâ€. Another viewer commented that from news reporting at the time of the trial in 2008 he assumed Colin Norris was guilty â€œSorry Colinâ€ he wrote â€œI had you guilty before I knew all the factsâ€, whilst another posted on the Inside Time comments page â€œI have always believed Colin is not guilty. Now to get him out of that place... back with his family and friends who love him.â€

Colin Norrisâ€™ mother writes: â€œI would like to thank most sincerely the funders in allowing Inside Justice to do the initial work and supporting me in the making of the BBC documentary Hospital Serial Killer: a Jury in the Dark, highlighting the miscarriage of justice of my son Colin Norris.

I have been focused on proving Colinâ€™s innocence since he was wrongly convicted in 2008 and have faced many challenges at all levels. There are many times I have felt alone in my struggle and the documentary, together with the messages of support I have received following the programme, have given me much needed support in knowing that I am not alone, that many others out there also believe my son is innocent backed up by the new scientific evidence presented in the documentary.

I cannot thank you enough for your support and wanted to take time to let you know how much I appreciate everything you have done for me and my sonâ€.