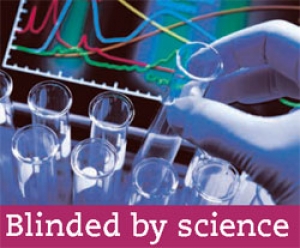 From Inside Time November 2013

In 1974, officers of West Midlands Police shouted 'it's not us, it's the scientist who says it' when wrongly accusing four of the Birmingham Six of having handled explosives. Thirty years later, using almost the same words, West Yorkshire Police claimed that Leeds hospital nurse Colin Norris had murdered elderly female patients with insulin (but thankfully they did not then inflict extreme violence as happened to the six innocent Irishmen). During a 2004 police interview with Colin, officers referred to episodes of hypoglycaemia (low blood sugar) among patients under his nursing care: 'we've got doctors who provide evidence of expert opinion, and will say that instances of hypoglycaemia in non-diabetic patientsâ€¦ are very, very rare'. At his 2008 trial accused of four murders and one attempted murder, medical experts testified that non-diabetic hypoglycaemia is so uncommon that such cases could only be explained by the unlawful administration of insulin or other anti-diabetic medication. The trial judge opened his 519-page summing-up to the jury by emphasising that 'severe hypoglycaemia in non-diabetics which results in death is very rare indeed' an assertion he repeated at regular intervals. Colin was found guilty and received a life sentence with a recommendation he serve a minimum 30 years in prison.

There was just one problem with the expert evidence which formed the main plank of the Crown's case against Colin. It isn't true. Far from being a rare occurrence, extensive research studies since 2008 show that spontaneous hypoglycaemia affects between 5% and 10% of non-diabetic elderly patients with other serious conditions and is, therefore, unexceptional. A 2012 medical review stated unambiguously 'hypoglycaemia is not an uncommon complication in older people hospitalized with acute illness'.

How could the experts have got it so wrong? Did they deliberately lie under oath? Absolutely not. Even five years ago, there had been little research worldwide into the incidence of hypoglycaemia among elderly non-diabetic patients. It was assumed that except for a few highly unlikely conditions fatally low blood sugar only develops in patients with diabetes (from which none of the women suffered). The experts at trial gave honest opinions based on a widely-held belief which Colin's lawyers were unable credibly to refute. Jurors were not told, however, that the collective expert view was unsupported by any empirical research data i.e. by statistical studies of elderly hospital patients. More science-aware observers may have noticed that some expert witnesses qualified their views by stating they had never personally seen cases of non-diabetic hypoglycaemia (by the same system of logic, I've never seen Scunthorpe but this does not provide sufficient grounds for me to deny the town's existence).

In recent decades, there has been much disquiet about the role of expert opinion within the adversarial trial system. Erroneous scientific and medical evidence caused many wrongful convictions particularly in cases involving terrorism offences and infant deaths. In 2011, the Law Commission recommended legislation which would require the courts to apply a 'reliability test' in deciding whether to admit expert evidence in criminal trials. Among other criteria, the test would exclude opinions 'based on a hypothesis which has not been subjected to sufficient scrutiny' and those 'based on flawed data'. Had such a provision been in place at Colin's trial, it's likely the insubstantial foundations on which the prosecution case rested would have been exposed. At the very least, the trial judge would have been obliged to warn the jury that the experts' opinions on non-diabetic hypoglycaemia were not backed by research data. The current Justice Secretary, Chris Grayling has shown scant desire to implement the Commission's proposals. This is perhaps unsurprising if one recalls his own preference for opinion based on flawed data when in 2009 he likened gun crime in Manchester's Moss Side (where I grew up and where that year's gun-related murders totalled zero) to Baltimore in the USA (191 gun-related murders in 2009).

I'm not much given to reacting to Court of Appeal pronouncements with approval (scornful invective and ridicule being more my style) but a 2008 judgement (R v Holdsworth) encapsulates the central issue in Colin's case: 'as knowledge increases' stated their Lordships 'today's orthodoxy may become tomorrow's outdated learning'. Quite.

It should, nevertheless, also be remembered that expert evidence played a major part in overturning many notorious miscarriages of justice including the cases of the Birmingham Six and Angela Cannings. First class scientific investigations not only led to the exoneration of Barri White and Keith Hyatt wrongly imprisoned in connection with the murder of Rachel Manning but also to the recent conviction of her actual murderer.

Significant fresh evidence pointing to Colin's innocence is currently being considered by the Criminal Cases Review Commission. Meanwhile, this innocent man resides as a Category A inmate at HMP Frankland with no idea when his nightmare will end. Now wouldn't be a bad time.