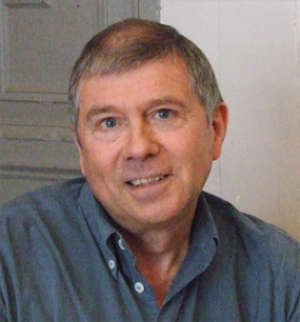 Straightforward, unassuming and without palpable ego, apart from that which gave him his drive and self-belief, Bob was a campaigning journalist in the best sense â€“ he did everything to get to the truth, and anyone who ever had the pleasure of meeting and speaking to him can attest to the sincerity of his need to right wrongs, and to help those abused and metaphorically hung out to dry (although in earlier times they could have been and were literally hung) by the often cynical, sometimes incompetent or blinkered and occasionally truly corrupt legal machine, and all those who take part in it. Bloody-minded, methodical, resourceful and creative in his investigative approach, he made ground-breaking documentaries for Yorkshire Television, wrote incisive, detailed and insightful books, and led campaigns which had a real impact. Within days of his death, Peter Martin wrote a piece prompted by Bobâ€™s support and involvement in the fight for justice for Matthew Hamlen, a victim of the Double Jeopardy law at the time of his conviction: â€˜We need more real investigative journalists like Bob. He will be sadly missed.â€™

I first became aware of Bob in the late 1990s, when I read his seminal 1987 book Miscarriages of Justice, which covers a range of miscarriage cases, both prominent and obscure, written in a very arresting style, with layers of detail which build vivid mental pictures for the reader. Bob asked questions in his writing â€“ he wasnâ€™t a polemical writer but one who surveyed cases from different sides and angles and, along with his unpretentious narrative, was able to connect with you and act as a springboard to make you ask further questions yourself. That book showed that he was a natural successor to those two other leading post-war miscarriage specialists, Sir Ludovic Kennedy and Paul Foot. Kennedy himself highly rated Bobâ€™s book, and when Bob wrote Kennedyâ€™s obituary for Inside Time in 2014, he made it clear that Kennedy was the father of British miscarriage journalism, writing â€˜His death leaves an unfillable voidâ€¦ He was wonderfully encouraging to novices like myself.â€™

This humble and helpful manner, shown to younger and far less experienced and garlanded writers and journalists, was one which Bob shared with Kennedy. I contacted Bob in late 2013 to talk about a miscarriage case, and he immediately suggested meeting. I went to see him in central London, and we spent an hour chatting. Iâ€™d been nervous â€“ this was the author of Miscarriages of Justice. He was attentive and charming and, without provocation or being condescending, offered me some good tips. We would meet again and continue email contact, sometimes prompted by Bob seeing that a case I had been involved in had a new development â€“ â€˜Have you seen this about your case?â€™ The personal possessive pronoun was typical of Bob â€“ he invested so much of himself in the cases that he championed that he really did see them as his cases and felt a keen responsibility towards them. At our second meeting we chatted about how the mainstream media just didnâ€™t give exposure to miscarriage cases anymore, a subject which Bob wrote so passionately about too.

Bob treated me respectfully, like an equal. Iâ€™ll never forget his last comment to me as we got up to leave that first meeting. He pointed to a cafÃ© nearby and said, â€˜If ever you want to have a very discreet meeting with a contact, thatâ€™s a good place, but donâ€™t tell anybody.â€™ I have since, once or twice, used that cafÃ©. Thanks Bob.