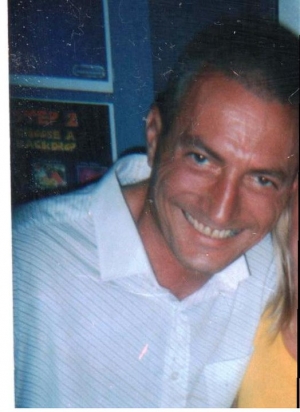 One of the first cases we were contacted about at Inside Justice was Derek Pattersonâ€™s.  In April 2011 I wrote in Inside Time... "One case weâ€™ve spent a fair amount of time on is Derek â€œDel Boyâ€ Pattersonâ€™s conviction for attacking a female friend with a knife. The case didnâ€™t feel right to me when I first read it: the pair had spent the evening watching Only Fools & Horses videos before both had fallen asleep on separate sofas. Hours later sheâ€™d woken up to find knife injuries inflicted upon her. There was neither sexual assault nor previous violence within the relationship. He called the ambulance.  The case just didnâ€™t make sense. Then I found a statement from a forensic scientist who claimed the knife found at the scene could not have caused the injuries.  The trouble is that expert view was heard at trial and the rules of Appeal are designed to deter an argument being repeated."

In subsequent months Derek Pattersonâ€™s legal team went on to find compelling new evidence and drafted Grounds of Appeal about the â€œcumulative shortcomings of the forensic scientific investigationâ€ in the case which â€œmeant that there was a significant risk that evidence that might have confirmed the presence of a third party, may have been lost.â€  You would be forgiven for assuming that the case would be resolved by now, three years since our first article was written and 10 years since Derek Patterson was convicted.  He telephones the Inside Justice office regularly and updates us on the excellent work his lawyers are doing on his behalf. He reminds us of other evidence which just didnâ€™t stack up in his case writing â€œâ€¦thereâ€™s also footprints in blood that donâ€™t match mine and one of the witnesses did not implicate me at any point which is said in my (new) Grounds of Appealâ€¦. The new forensic work that has been done on my behalf, totally and wholly undermines everything said against me in court. And now nearly 10 years on I am waiting to go to the three Judges to see what they say about this wrongful conviction.â€

This case will be heard later this year at the Court of Appeal but it hasn't just been the speed with which the wheels of justice have turned that has made it such an ordeal for Derek Patterson.  Writing to us recently he said â€œI have had the hardest time of my life in prison just because I maintain my innocence, trying to get progressed is like trying to get blood out of a stoneâ€¦ they try and blackmail you into coursesâ€¦ and then they say if you donâ€™t do the courses you will never get out.  I just got knocked back for my Cat-D as they say I am a risk when I have been in no trouble for nearly 10 years, itâ€™s a total joke.    The hardest part I found was trying to  progress through system while maintaining innocence. How can any man or person reduce risk when they havenâ€™t done any crime in the first place?â€

We would like to chronicle the arduous path that others tread as they fight to have their day back in the appeal court.  Please write to us at Inside Justice so that we can help you share your experiences of trying to right a wrong in the criminal justice system and we will bring news of Derek Patterson when his day comes.