DNA: Did Not Attend 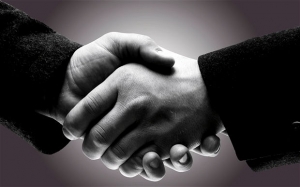 In medical notes, DNA can mean two things: an individualâ€™s genetic material or â€˜Did Not Attendâ€™. In criminal prosecutions, a DNA match can link someone to a crime scene unless they can prove otherwise.

Peter Gill worked in the UK Forensic Service for 30 years and was the first person to prove that DNA can be extracted from a crime scene, collaborating with Sir Alec Jeffreys of Leicester University. â€œThe primary use of DNA profiling is to link people to crime scenes when they deny having been to premisesâ€.

Gill has been in the news quite a bit. Twenty years ago, he led the team which formally identified the remains of the Russian Romanov family, and later gave evidence at the Omagh bombing trial. In June of this year, he was criticising the evidence against Meredith Kercher for the murder of Amanda Knox, stating innocent transfer of DNA would be expected in a shared bathroom, and worrying that judges and lawyers were being affected by the â€˜CSI syndromeâ€™.

He has also written a book: Misleading DNA Evidence: A Guide for Scientists, Judges, and Lawyers, â€˜a concise, readable resource that will help not only scientists, but legal professionals with limited scientific backgrounds, to understand the intricacies of DNA use in the justice systemâ€™.

In his book, Gill describes three ways in which a DNA profile can become â€œevidentialâ€, only one of which is associated with the crime itself:

2. The â€œtrace-DNAâ€ / body fluid was transferred during the crime event.

3. The â€œtrace-DNAâ€ / body fluid was transferred after the crime event (investigator-mediated contamination).

Last month, Gill was cited in The Times as the forensic expert who had alerted the Home Office back in April that â€œsubjective interpretations of DNA evidence were potentially biased and unscientific and could lead to a number of appealsâ€.

â€œAs soon as they [the Home Office] start admitting that mistakes have been made, this opens the door to appeals in other cases,â€ The Telegraph warned, quoting Gill.

In the past, DNA evidence from crime scenes has been ruled inconclusive without objective statistical evaluation of a match. Then, in January of last year, The Court of Appeal (Criminal Division) published judgments relating to three cases of violent crime, including the conviction of Kuba Dlugosz for the manslaughter of 83-year-old Eveline Kelmenson. In each case, at least 19 out of 20 components of the appellantâ€™s DNA had been detected but a statistical match was not possible.

Rejecting the appeals, the judges ruled: â€œan expert who spends years studying this kind of comparison can properly form a judgement as to the significance of what he has found in any particular case. It is a judgement based on his experience. A jury is entitled to be informed of his assessment.â€

Itâ€™s a bit like expecting a judge to rule on whether something is funny or not.

â€œThere will be no laughter, except the laugh of triumph over a defeated enemy,â€ as Oâ€™Brien tells Winston in Orwellâ€™s 1984.

â€œThe triumph of scientific experience over experiment, and the relegation of DNA evidence from the gold standard of scientific evidence to no more than a subjective opinion,â€ is how Allan Jamieson of the Forensic Institute describes the Appeal Court judgments.

Tracy Alexander, Director of Forensic Services for the City of London Police, is more measured: â€œDNA profiling was never meant to be a gold standard. Fingerprint evidence stands up on its own but DNA needs something to back it upâ€. That could be â€˜he lives in the areaâ€™ or â€˜somebody looking like him was caught on CCTVâ€™. At Inside Justice we are all too aware of how meagre that supporting evidence can be, and how very difficult it can be to refute, particularly with the passage of time.

People do rely on DNA: it has become incumbent on the suspect to disprove their involvement rather than the prosecution prove it beyond a doubt. You have to explain how your DNA got there. And in the circumstances of touch DNA on a door handle, you canâ€™t say: nobody knows how it got there. â€œI think thatâ€™s a point that is missing when evidence is presented,â€ adds Alexander, who also sits on Inside Justiceâ€™s Advisory Panel.

A case in point is that of the â€˜Phantom of Heilbronnâ€™, a mysterious female master criminal whose DNA connected her to over 40 crimes in Germany including six murders, and who was the subject of a 15-year police hunt. In 2009, police admitted that an innocent woman working in a Bavarian factory had contaminated swabs used to collect DNA samples.

So you donâ€™t actually need to have a statistical evaluation in each case as no oneâ€™s seen the DNA profile of everybody in the world. You wouldnâ€™t find a 19 out of 20 agreement with a profile anywhere else in the population, except for an identical twin. But, in any event, itâ€™s not an absolute indicator of guilt because of the transfer issues.

Heading the Department of Forensic Science at Kings College London, Barbara Danielâ€™s research has shown that itâ€™s not even skin cells that account for the transfer: itâ€™s cell-free DNA youâ€™re leaking out in your sweat. Some people donâ€™t do it at all, so you could shake hands with somebody then touch a door handle, leaving their DNA and not your own. Forensic scientists used to talk about â€˜secretorsâ€™ and then â€˜sheddersâ€™ but itâ€™s not a steady state - it depends on many factors: what youâ€™ve eaten, how much you exercise, how much youâ€™re sweating, when you last washed your hands. The mechanism is not known, there are too many variables; a huge amount of research would need to be done in order to pin it down. But what is known is that you can touch something and not leave your DNA on it, and you can touch another person and take their DNA, then leave that on an item even though they never touched it.

If criminal courts rely on qualitative assessments of DNA evidence, juries risk being misled about the strength of the prosecution case. Consequently, draft legal guidance has now been issued for consultation.

â€œNow is the right time for guidance on this topic to be published,â€ Crime Prevention Minister Norman Baker was quoted as saying, adding: â€œI am advised that it will give no new basis for appeal whatsoever in appeal cases which were not already supported by existing academic literature.â€

The recent reporting of this debate has missed the point: the issue is not that floodgates will be opened, letting the guilty go free, but that scientific analysis is now so sensitive that it may be impossible for any of us, including the innocent, to satisfactorily explain why our DNA is at a crime scene, when we were never there. Expert evidence on DNA has always needed another strand of supportive evidence, and will continue to do so, to link an individual with a crime scene rather than be explained as innocent transfer, whatever fears the Daily Mail might express.