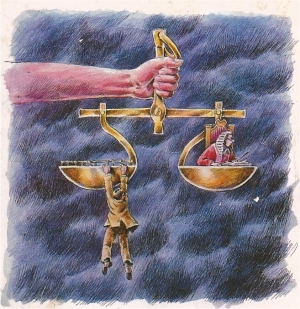 Earlier in the year, the CCRC’s new chair Helen Pitcher in one of her first public pronouncements said that the number of cases it referred for appeal ‘while clearly very important’ should ‘not be the be-all-and-end-all’. In her introduction to the annual report which was published on Friday, Pitcher acknowledges ‘some controversy’ over her words, but adds: ‘I stand by the idea that I intended to convey which was that if we are judged solely on the number of referrals we make each year, there is no recognition of the extensive and diligent work we do in cases that cannot be referred.’

So far the CCRC has looked at 24,078 cases and, of those cases referred, 439 resulted in successful appeals and 200 resulted in appeals dismissed. Over the last year the Court of Appeal heard 21 CCRC referrals, 16 were successful and five were dismissed.

The CCRC remains chronically underfunded. Its chief exec Karen Kneller identified securing enough money from the Ministry of Justice as ‘a major threat’ to the CCRC. Its budget was just £5.2m compared to £5.45m the previous year. To put this into an historical context, the CCRC’s budget was £7.5 million when it was set up in 1997 and the CCRC only had to deal with 800 new cases; whereas now it receives about 1,400 applications a year.

The CCRC identifies as the main reason for the drop-off in referrals ‘the absence of thematically linked multiple referrals’ such as cases relating to child abuse or the West Midlands police serious crime squad. One increasingly dominant ‘theme’ of the CCRC’s work is the number of asylum seeker cases it now refers (nine a year for the last two years). So far the CCRC has received 130 applications in relation to joint enterprise cases citing the landmark 2016 Jogee ruling in which the Supreme Court ruled that the courts had taken a wrong turn. The CCRC   referred its first post Jogee cases (Laura Mitchell, unsuccessful) plus three other joint enterprise murder cases.

The annual report also reveals a major change in the tenure and remuneration of its commissioners. The role of the commissioner is crucial in terms of protecting the CCRC’s independence from and in terms of referrals. The CCRC is required by statute to have 11 commissioners (but for long periods hasn’t had the full set because of its financial pressures) and three are needed to refer a case back to the Court of Appeal.

Earlier this year the CCRC appointed five new commissioners on new terms.The new arrangements have fundamentally changed the commissioners’ role at the watchdog body. They used to be employed on a salary basis with pensions now they are paid a daily fee with a minimum one-day-a week commitment. Commissioners appointed before the changes received salaries at an equivalent full time rate of £93,796 per annum now they receive a daily fee of just £358 per day.

Speaking at a conference at the end of last year, a former commissioner Dr Sharon Persaud explained that when she joined in 2013 there were 8.6 full-time equivalent commissioners compared to 2.6 as she stepped down. There is now just one full time commissioner.

Reproduced with kind permission of the Justice Gap.

Jon Robins is editor of the Justice Gap. He is a freelance journalist. Jon's books include Guilty Until Proven Innocent (Biteback, 2018), The First Miscarriage of Justice (Waterside Press, 2014), The Justice Gap (LAG, 2009) and People Power (Daily Telegraph/LawPack, 2008). Jon is a journalism lecturer at Winchester University and was a visiting senior fellow in access to justice at the University of Lincoln. He is twice winner of the Bar Council's journalism award and won Halsbury Legal's journalism award