Forensic Science: What are we missing? 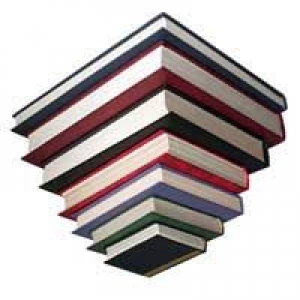 Over the past few years we have seen calls for statutory powers to be given to the Forensic Science Regulator and warnings that standards of forensic science are at significant risk. Whilst, of course, applauding the introduction of a timetable to comply with the Regulator's Code of Practice, it is, in my view, time to look more widely at the use of forensic science not only as an aid to securing a prosecution but also to support the defence.

I'd like to explain a little about the forensic process. Some readers may not necessarily appreciate both the physical transfer mechanisms and also the somewhat linear A-Z process from the crime occurring until the presentation of evidence in court. Before this, though, perhaps I can give an example of how forensic investigation can be biased by (a) non-submission, as well as (b) inappropriate submission of forensic material or (c) contamination issues within the laboratory.

Just take, for example, the case where contact between two individuals is alleged. This could suggest submission of other forensic/DNA material. In this case, we suggest that the suspectâ€™s clothing would be a good shedder of fibres. If contact had occurred between both parties as is alleged by the victim, then you would expect fibres to have been transferred/detected. The simple fact is though that the submitting body (most often the police) will not agree to the examination of fibres â€“ presumably based on cost. Nevertheless, if fibre work was undertaken and it was shown that no fibres had been transferred, then the findings could well support the defence more than the prosecution. In reality, we will never know because the final samples were not submitted nor perhaps even taken.

With many forms of forensic support, the scientist is trying to prove or disprove connection. Sometimes referred to as linkage theory, this principle can be used to provide a connection:

1. between individual and individual, as in the case above.

2. between incident and suspect; more simply linking the crime scene with the suspect.

3. between one incident and another (in the case of DNA match), and

4. between physical evidence, victims, suspects and the scene of incidents.

(a) Did the item under examination make a mark at the scene?

(b) Did the material found at the scene originate from the suspect?

(c) Have these two items been in contact with each other? and finally

(d) What is the material?

So, on the face of it, this seems a rather straightforward way of thinking.

In reality, things can be rather different. Perhaps we can think of it as an inverted pyramid (see image) and, beginning at the top, you appreciate the significance of each level and the attrition between each level.

The evidence which is observed

The evidence which is then collected

The evidence which is submitted for scientific analysis

The evidence which is deemed admissible (?%) - bottom of pyramid

Likewise, one can see that, throughout this continuum, a series of options, outcomes and choices is to be made. In very simple terms, the amount of evidence that makes its way to court is a small proportion of the total evidence available.

In the past, I have experienced where the â€˜forensicâ€™ case is built wholly from the perspective of the prosecution. Of course, one would expect this â€“ as the police are a rather effective prosecution agency â€“ but, in this context, who looks after the interests of the innocent? Who would be interested in submitting (and paying for) items which did not support the prosecution hypothesis? This is particularly so given the current period of extreme austerity which the police, and, for that matter, others across the criminal justice sector, face.

In the past, if forensic evidence was overlooked or other items in the case might support another version of events, one could reasonably rely upon the defence team identifying these and further work being conducted on their behalf. With the significant cuts in Legal Aid budgets, the number of cases being submitted from defence is dramatically reduced. In effect, we currently experience the worst of both worlds: very targeted and often limited prosecution evidence being submitted for testing with no opportunity for the defence to test their own theories. Of course, the external forensic provider is not aware of any other evidence or of the full circumstances of the case and so cannot comment on anything other than the results of the test they have been directed to conduct.

I hope you will see that one of the real dangers here is not the quality of the science within the laboratory but, rather, the material that may be screened out. My rather sad forecast is that we may very well encounter a miscarriage of justice based not on what is submitted to the laboratory but on what is not. In this sense, one cannot â€˜regulateâ€™ with or without statutory powers what is not submitted in the first instance. What perhaps makes things worse is that the defence may lack the experience and expertise (even if they were funded) to look through the unused material in a systematic and effective way. For example, how many of them would know how to navigate the HOLMES exhibit system?

Reflecting on the situation in the USA, the term â€˜picking sidesâ€™ â€“ picking evidence â€“ is sometimes used. Whilst past remarks may have been directed at the USA (James & Nordby, 2003), there are some parallels to be drawn with the increasing use of â€˜in-houseâ€™ police testing laboratories in the UK, many of which are unaccredited and unregulated. Within the NAS report, there is reference to the cultural incompatibility between forensic science and law enforcement. The report goes on to suggest that publicly funded laboratories should be independent of and autonomous with law enforcement agencies. Despite the almost daily litany of error from the USA, it seems the UK are intent on following this model.

To conclude, the issues which have the most potential for miscarriages of justice are, in my view not necessarily connected with items which have been submitted to laboratories and perhaps handled inappropriately. There are very clear policies and procedures within laboratories for examining items in a structured way and one which would mitigate against bias. Quite the opposite, these dangers are more associated with evidential material which has not been submitted at all. The forensic potential of these items is, for the most part, not visible to the forensic scientist who could offer professional advice on the scientific benefits and probative value of the material. These items may be hidden in the unused material and often indiscernible to the defence, requiring a degree of professional knowledge to locate and recognise their potential. I can speak from personal experience, having been in a past role â€˜advisedâ€™ for submitting forensic material to the external laboratory which did not support the prosecution.

I'm not suggesting any overt bias of the police (or the submitting agency), who are naturally focused on obtaining best value (particularly in a period of austerity). It is, however, worth reminding ourselves that best value is (a) something to be determined by the wider criminal justice sector and not necessarily the prosecution agencies, (b) not necessarily achieved by paring back to minimise cost and, finally, (c) of very different meaning to someone who is wrongly accused.

The situation is, in my view, made worse in that currently some of the examinations and pre-screening is being undertaken in police facilities which are not ISO-accredited or quality-assured.

Undoubtedly, DNA has been a game-changer in the use of forensic science to support the effective delivery of justice. Nevertheless, there is an increasing suggestion that â€˜DNA or nothingâ€™ is a policy adopted by those submitting items for examination to the professional forensic science providers. Some work can either be done â€˜in-houseâ€™ and, of course, behind the â€˜serge curtainâ€™, with little access for a review or external scrutiny. For many years, it has been well known that the majority of forensic science is performed â€˜in-houseâ€™ with fingerprints, screening facilities and other chemical enhancement laboratories. For many years, these have operated with little peer review or external quality assessment.

More recently, the absence of funding may preclude those accused, based on forensic science, to review materials both used and unused. Currently, the Forensic Science Regulator has limited influence on these â€˜in-houseâ€™ facilities. In short, no one is looking and, for that matter, few know where to look.