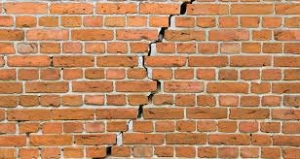 My husband, John, tells everybody that our story was love at first sight. Iâ€™m not so sure about that. I just thought his heart was in the right place. When I met John in Hong Kong, I was a naÃ¯ve teenager and was intrigued by this man from a faraway kingdom called Great Britain. There was a time when the sun never set on the British Empire. Not only that, but there was a time when the British judiciary system was widely regarded as one of the best in the world.

When John and I arrived at Heathrow Airport in the summer of 2013 (ironically to celebrate our thirtieth wedding anniversary), John was arrested at the airport on suspicion of sexual abuseâ€”during a time between 1979 and 1980â€”against a boy who was under sixteen. Later on, in the indictment, the time period morphed to from July 1983 to July 1984 (probably after John told the police that he had not been in UK since May 1980 until March 1983). Then, at the very end of the trial, the time period once again changedâ€”between March 1983 and 31 December 1984 (after establishing that there was only a very short period of time we lived at the so-called crime scene).

The man who pressed charges claimed initially that John had sexually abused him twenty times, that number changed to two times in his final statement. But never mind whether the allegation was two times or twenty times, or that the age of the alleged victim changed from eleven to fifteen going to sixteen; the jury is often very forgiving towards sexually abused victims, especially in historical cases. In the judgeâ€™s summing up, he quoted the accuser: â€œI messed up my statementsâ€¦â€ and moreover that heâ€™d got the story back to front.

After listening to the accuserâ€™s weak and contradictory testimony, including when, how, and where the alleged abuse took place, Johnâ€™s QC asked the judge to throw out the case. The judge himself had declared the accuserâ€™s testimony unreliable. However, the judge refused the QCâ€™s request and concluded that â€œwe should trust the jury system which has a long historyâ€ and â€œlet us leave it to the juryâ€ to do their job. How about doing your job, Mr Judge? Johnâ€™s case, full of the accuserâ€™s own errors, should never have gone to the jury!

In October 2015, after a long wait of fourteen months, with John having served over a year in jail for an offence he could not have committed, finally we were about to learn whether leave would be granted for the Court of Appeal to hear Johnâ€™s appeal to overturn his conviction. In turning down Johnâ€™s application, the judge at the Court of Appeal said it was sufficient that the accuser said â€œhe was sure that it had happened and the other inconsistencies were consistent with someone in their mid-forties trying to remember detail from 30 years agoâ€¦.â€. If itâ€™s sufficient that the accuser said it happened, why bother with any judiciary procedures of trial and appeal? Why not simply lock away all defendants? If the supposed victims are not sure the abuse happened, the police and the CPS will surely not press charges. Right?

Of Johnâ€™s five co-defendants, Jerry was the only one found not guilty of both counts of the charges, one of which was brought against him by the same accuser, who on this occasion gave surprisingly consistent accounts (despite the fact that we are still talking about the same accuser in his mid-forties trying to remember details from thirty years ago). Another consistency achieved by the accuser is that he remembers the last name of all other co-defendants except John. Now, what kind of scale does the court give the jury to weigh the consistency in Jerryâ€™s case against the inconsistencies of other allegations by the same accuser to lead to the conclusion that the jury reached a verdict beyond reasonable doubt?

When the very essence of the jury system (facts based on evidence and allegations proved beyond reasonable doubt) is no longer indispensable, the foundation on which that system is founded crumbles. One of the pillars that this once great and glorious British Empire stood on is now collapsing, and the ground sinks beneath us. Who are the guilty ones? Not merely the so-called victims who made up false allegations, but the very people in whom we place our trust: the police, the CPS, the judges, the jury, and the system itself. They are all failing us.