Innocence a Handicap to Progression

By Anita Bromley on 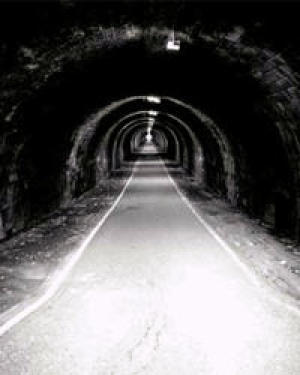 From Inside Time issue June 2009
Anita Bromley explains the remit of a working group whose mission is to investigate cases where prisoners are penalised for consistently refusing to acknowledge their alleged offence. There is not much light at the end of the tunnel she argues.

The â€˜Progression of Prisoners Maintaining Innocenceâ€™ (PPMI) is the name of a Working Group which grew out of a conference, chaired by Bruce Kent, held in London in 2004. This was attended by a range of interested parties concerned with the plight of prisoners penalised throughout their sentence for continuing to maintain innocence of the crimes for which they were convicted. The remit of the Working Group was essentially to establish the size of the problem, to raise public awareness about it, and to draw the attention of those in the Ministry of Justice and at the Parole Board to the situation which existed and needed to be addressed.

Unless the case of a prisoner in this situation is celebrated in the media as a successful miscarriage of justice, and overturned to tumultuous acclaim in the Court of Appeal, little attention in paid by the public to this sizeable sector of the prison population. For the most part the general public want criminals safely locked away because they deserve their punishment. Interest in sentencing policy and law enforcement in general is usually sparked by the message that prisoners are insufficiently punished or controlled. That innocent people might be wrongfully imprisoned does not hold the public imagination.

However, following the cases of the Birmingham Six and the Guildford Four which had undermined public confidence in the effectiveness of the criminal justice system in the early nineties, the CCRC was established and began its work in 1997. Its purpose was to re-examine suspected miscarriages of justice where appeals had failed. It soon came to be believed that this, following on from the introduction of safeguards in police procedures through the PACE Act in 1984, would mean justice could now be seen to be done and there would cease to be prisoners serving sentences for crimes they had not committed.

It was not realised, however, that few of the wrongfully convicted have recourse to the appeal process because of the narrow legal framework within which a case might qualify.

Furthermore, since its initial inception, the CCRCâ€™s criteria for returning a case to the Court of Appeal has been narrowed to â€˜whether there is a real possibility that the conviction, verdict, finding, sentence would not be upheld if the case were to be referred.â€™

Of specific interest is that these prisoners, particularly those serving life, are handicapped when applying for early release on parole or, if lifers, release on life licence on expiry of their sentence tariff. This is because the onus is upon prisoners to demonstrate that their risk to the public has been sufficiently reduced.

The Ministry of Justice argues that if the offence is denied then the assessment of risk can prove impossible. Moreover, the accepted means by which a prisoner may demonstrate reduction in risk is through a record of successfully completed accredited offending behaviour courses.

Prisoners maintaining innocence are barred from courses specifically addressing violence or sexual offending, i.e. the criminal behaviour for which the majority of the lifer population has been imprisoned.

These prisoners are then penalised further by being prevented from achieving â€œenhanced statusâ€ in the Incentives & Earned Privileges Scheme, the â€œmachineâ€ which regulates prison discipline, through failure to comply with their individual Sentence Plan. As a result, they are entitled to fewer telephone calls, visits and other privileges.

It is commonly held that the stance of innocence operates as a handicap in the journey of progression through sentence towards release. Lifers are seen to be the most adversely affected among the prison population, sometimes facing the prospect of dying in prison. The size of the problem is inestimable as an official record is not kept.

In July 2005, the research undertaken by the â€˜Innocence Projectâ€™ at Bristol Universityâ€™s Law Department produced a document of evidence estimating the numbers involved, which included first person accounts and which was presented at a public meeting. This was addressed by myself (a solicitor who represents life sentence prisoners before the parole board and in the Court of Appeal exclusively), Dr Michael Naughton, who had led the research and Bob Woffinden, journalist and campaigner. Those attending the meeting included a number of ex-prisoners. One was Susie May, fortunate enough to have been released on life licence, and Paul Blackburn, a former lifer released through the court of Appeal after 19 years.

In May 2006, myself, Dr Naughton and Michael Mansfield QC addressed another public meeting held in the House of Commons attended by a similar range of interested parties and included the Parole Board Executive.

In November 2007, the next public meeting was addressed by His Honour Judge Anthony Thornton who has a specific interest in establishing and maintaining the independence from the Ministry of Justice of the Parole Board of which he is a judicial member. Dr Peter Pratt, a forensic psychologist specialising in assessing the risk of dangerous offenders, and Barbara Stone, a prison activist, sat on the same panel.

In January 2008 a ground-breaking Seminar was held at the Parole Board HQ in London where members of PPMI engaged with senior members of the Parole Board and the National Offender Management Service of the Ministry of Justice to examine specific issues in the review system penalising lifers maintaining innocence and to discuss ways forward. It was decided to invite Dr Naughton to assist in the future training of prison staff in identifying prisoners in this category in order to find ways to assist their progression.

Following meetings with Anne Owers, the Chief Inspector of Prisons; with Juliet Lyon, the Director of the Prison Reform Trust; and with Bishop Peter Selby, the Chair of the Independent Monitoring Board, to explore and discuss the interface between their work and that of PPMI, it became apparent that specific training for the legal profession was required. Representations submitted at the crucial stages of a prisonerâ€™s progression through sentence, such as de-categorisation from security category â€˜Aâ€™ down to â€˜Dâ€™, pre-tariff reviews and parole board reviews, called for additional input on behalf of those maintaining innocence. Insight would be needed into how the rigid framework of assessment, predicated upon an admission of guilt, excluded those maintaining innocence from presenting their case objectively.

Submissions could draw upon an alternative interpretation of a prisonerâ€™s presentation and behaviour, informed by independent but equally scholarly opinion and psychological research.

When prisoners maintaining innocence are reviewed for Parole, it is the assessment of future risk of serious harm to the public, and not whether they have expressed or addressed guilt, which determines the decision to direct release. Panel members are presented with risk assessments undertaken by the probation service and prison psychologists, trained to use assessment tools exclusive to the Ministry of Justice. They also consider progress reports by prison staff, whose recommendations are often guided by the results of these assessments, which automatically predetermine high risk when there is no evidence of reduced risk according to their own narrowly defined criteria.
Anita Bromley is a solicitor who represents lifers exclusively and works as a consultant for several law firms.