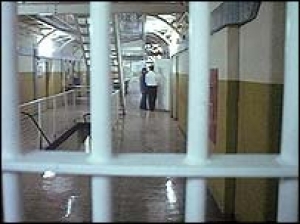 Four years ago I wrote a report for the Guardian featuring the seldom-heard voices of prisonersâ€™ families: prisoners serving years longer than expected, having been sentenced to something called an Indeterminate Sentence for Public Protection, or IPP.

Targeted at serious violent and sexual offenders, to get released, prisoners must demonstrate to the Parole Board that they are no longer a danger to the public. In practice this means attending courses to change behaviour and, faced with delays in Parole Board hearings, it is very common for prisoners to be held for years longer than intended, or face an open-ended wait for over-subscribed courses.

The words from the families I interviewed, trying to support loved ones through the uncertainty, still ring in my head - like Pat, whose partner was involved in a drunken fight. Given an IPP, Tom was in prison 4 years longer than his original sentence. Every night during his incarceration, Pat went to bed expecting a call from the prison to say heâ€™d died. She explained the impact on the family:
"You never have expectations for the future. It's living without hope."

I was a late-comer to the debate around IPPs, which had been going since 2003. The Home Secretary, David Blunkett, reacted to the political climate shaped by the murder of Sarah Payne and the fact that Sarahâ€™ s killer Roy Whiting had already served time for a violent offence. When it was introduced, the government estimated that IPP would lead to 900 extra offenders entering the prison system. But, by 2012, there were over 6000 prisoners, half of whom were over tariff.

Following near-universal criticism of the sentence from judges, Parole Board members, HM Prisons Inspectorate, the Prison Governors' Association, staff and prisoners and families alike, the IPP was eventually abolished in 2012 by the Legal Aid, Sentencing and Punishment of Offenders Act.
However, the changes werenâ€™t retrospective, meaning that, in 2014, there are 5,500 IPP prisoners in limbo: unable get on offending-treatment programmes to demonstrate that they meet the IPP requirement to prove they are no longer a danger to the public.
In a report about IPPs for BBCâ€™s Newsnight programme in March this year, Donna Ridgely was interviewed. Her brother Shaun was serving an IPP sentence for forcing someone to take money out of a cash machine. He received a sentence of 2 year and 5 months. 3 years later and with no release date, Shaun, a recovering drug addict with serious mental health problems, was moved to another prison to attend a drug rehabilitation course. Once there, he was told the course was not available.
Shaun killed himself after 3 years in prison. Donna, the last person to speak to him, said this was the last straw for her brother. Donna told Newsnight about Shaunâ€™s final message to her:
â€œHe rang me in the morning [of his death] and he just said 'you know I love you all... look after my Mum. I just can't take no more, Donna, I don't know what's happening with my life'.â€
IPP prisoners are at a significantly higher risk of mental health problems than other prisoners, according to the Centre for Mental Health, with one in 10 IPP prisoners seeking psychiatric help, double the average.
Newsnight also interviewed David Blunkett, who said he regretted that there were not clearer criteria for the use of IPPs and not enough resources for rehabilitation courses.  On the same programme, the former prisons minister, Crispin Blunt, described the sentence as "unjust and stupid".
As the campaigning group, The Prison Reform Trust, outlined in its evidence to the Joint Committee on Human Rights in 2008, it has serious concerns about the availability of offender-behaviour courses for many vulnerable prisoners, such as those with learning difficulties and low IQs, who are effectively barred from courses and have no way to get released.
In its recent report â€˜Managing the Prison Estateâ€™, the National Audit Office called on the government to introduce better sentence planning, including improved access to accredited programmes to reduce risk and expedite the release of IPP and other indeterminate sentence prisoners. A recent judgment by the European Court of Human Rights established that it is a breach of human rights to keep people in prison indefinitely without access to rehabilitation courses.
The BBC reported that, at the current release rate of about 400 a year, it will take nine years to clear the backlog of those over their tariff.
The legacy of IPPs, in both economic and human terms, is enormous.