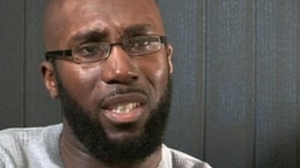 Last year, Cardiff became the first university innocence project in the UK to successfully have a case referred to the Court of Appeal after submission to the Criminal Cases Review Commission (CCRC). Today, after almost ten years of investigative work by students and academics on dozens of cases in innocence projects in more than twenty universities across England and Wales, this judgment is the first appeal success.

The case of Dwaine George, who was convicted of murder at the age of 18 and has since served 12 years in prison, was heard at the Royal Courts of Justice on 6th November.

Professor Julie Price and Dr Dennis Eady jointly run the project. They were joined at the Royal Courts of Justice by thirty Cardiff law students, past and present, to see the result of the studentsâ€™ investigative work presented by barristers to a panel of appeal court judges, chaired by Sir Brian Leveson. The judgment handed down today recorded, â€œIn addition to expressing our gratitude to the Criminal Cases Review Commission, we pay tribute to the work of the Innocence Project and Pro Bono Unit at Cardiff Law School, which took up the appellantâ€™s case and pursued it so diligently.â€

Hearing the decision, Dr Dennis Eady said: â€œIt has taken nine years of hard work since the project was launched to get to this point, and based on our studentsâ€™ efforts the Court of Appeal has decided that Mr Georgeâ€™s conviction is unsafe. This is a very sensitive matter as a young man was murdered. We appreciate that todayâ€™s decision will be difficult for Daniel Daleâ€™s family, but if the wrong person was jailed then the right outcome has today been achieved.â€

Dwaine George said, â€œFirst and foremost, my thoughts go out to Daniel Dale's family. He lost his life in this tragic event and I always said I wasn't responsible for that. Today I have got the result I wanted - I have lost a lot of my life that I can't get back, but I just want to get on with my life now. I hope the Cardiff innocence project will get all the recognition it deserves for this. I want to thank all those who helped me - the students and staff at Cardiff, my solicitor David McCorkle, James Wood QC and Tunde Okewale from Doughty Street Chambers".

Cardiff Universityâ€™s Innocence Project was launched in 2006 and was one of the first three innocence projects in the UK. The project allows students who are passionate about investigating alleged miscarriages of justice to work, often under the supervision of practising solicitors and barristers, on cases of long-term prisoners who maintain their innocence of serious crimes for which they have been convicted.

Referring Dwaine Georgeâ€™s appeal, the CCRC said â€œCardiff University Law School Innocence Project has made a very significant contribution to the case and to the referral of Mr Georgeâ€™s convictions".

Tunde Okewale, a barrister at Doughty Street Chambers in London who acted for Mr George in the appeal said, â€œIt was a pleasure to work with the Cardiff Innocence Project. Their hard work and commitment to justice was an integral part of this historic outcomeâ€.

James Wood QC said, â€œThe work of the Innocence Project of Cardiff University essentially contributed magnificently towards overturning this abiding miscarriage of justice. Dwaine George had been convicted upon flawed voice identification evidence, and flawed microscopically minuscule gunshot residue on an item of clothing seized from his cellar, which science now discloses could not bear the burden of his conviction. Dwaine protested his innocence throughout his long imprisonment and obtained a degree whilst incarcerated. He can now seek to put his life together gain as an innocent man wholly vindicated by this judgment.â€

Professor Julie Price said, â€œFor Cardiff Law School Innocence Project, and other university projects working on alleged wrongful conviction cases, this is a significant day. It demonstrates that universities are about more than research, and can show public impact from innovative teaching and learningâ€.

She continued, â€œThis result has been achieved by collaborative effort; a huge thanks to our many supporters, and students past and present. Also to the CCRC for their hard work here - we urge them to work with universities to press for changes in the law we argue they need. The appeals system is problematic â€“ just look at how long itâ€™s taken with this case, and this is the first of its kind. There are many meritorious cases that will not be overturned as the law currently stands. â€œBeyond reasonable doubtâ€ goes out of the window at appeal stage. But miscarriages of justice attract little political and public interest, and with the attack on legal aid the problem is going to get worse. University projects are a sticking plaster only and cannot replace a properly-funded legal aid system. Where there is a wrongful conviction, there is more than one victim and acknowledgement of this fact this does not detract from the absolute respect and sympathy we have for the plight of victims of crimeâ€.

Caitlin Gallagher who worked on the case as a student and on the appeal as a trainee solicitor said, â€œDwaine inspired the team at Cardiff Law School to join his long journey to clear his name through a scheme that doesn't just educate, but enthuses and assists students to pursue a career in criminal law. I feel extremely lucky to have been part of such a unique and driven team of staff and students, all working towards overturning miscarriages of justiceâ€.