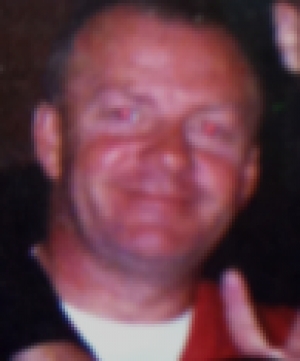 When the jury came back with a verdict of guilty, I felt numb. It was another surreal moment that seemed inevitable and unbelievable at the same time. It was June 2009, and my brother Stephen had just been found guilty of the murder of Kevin Monteith, a man he had known, played football with, and drank with for years.  I could not speak, could not find the words to express my thoughts or feelings, I just could not comprehend what had happened.

It had begun 8 months before, in November 2008.  I had heard from a friend that Kevin had died.  I had played football with him myself, as had my other brothers.  Whilst it was a shock, I was not that close to Kevin, and it was not news that really impacted at the time.  A month later my sister contacted me to say Stephen had been arrested for murder.  I thought she was joking, or that she was mistaken.  She sounded incredulous, not upset, mirroring my feelings that this was clearly a mistake.

It wasnâ€™t a mistake, at least from the point of view of Merseyside Police. So began a process that seemed unstoppable.  Stephen was arrested and refused bail so the police built their case while Stephen felt powerless to clear his name. Forced to trust his solicitor would look after his interests, he felt abandoned and discarded by the process which was deciding his fate.

The first step in the process that indicated the inevitability of the outcome was when Stephen was refused bail, despite what appeared to us to be a lack of evidence. Stephenâ€™s solicitor assured us that this was indicative of the seriousness of the charge, not a predisposition on the judgement of Stephenâ€™s guilt.  There didnâ€™t seem to be much evidence against Stephen but we worried as soon as forensic evidence came into play. Tiny traces of DNA, invisible to the naked eye, were found and instantly used as important evidence of Stephenâ€™s guilt even though it was impossible to tell neither how the material was transferred nor whether it was even on that day when the two men had been happily in each otherâ€™s company.  Our conviction that Stephen was innocent was as strong as ever. Nobody expressed any doubts, but everyone still felt helpless in the process.

Every day of the trial was different but the same, predictable and yet surreal.  We had seen and heard the evidence already, so there were no surprises.   Discussions about what evidence would be heard in court were reported to us by the barrister, our trust at the time total.  The defence barrister and the prosecution barrister made so many agreements on what is actually presented to the jury and what is not presented we were left wondering whether this really is an adversarial system, or an antiquated old boys network where the loser buys dinner.  Our lack of familiarity with the court system outweighed any misgivings in relation to how the trial was being run, and we were assured daily that he defence was progressing well.

Each evening I went home and debriefed my parents, both of whom appeared to be at a loss to explain how this came to pass. We even had to relive the dayâ€™s trial â€“ or the more salacious parts of the evidence at least â€“ in the local paper.  Discussing the day with other friends proved too draining, and provided little in terms of insight or understanding. The process remained as exclusive and out of touch as it always had.

So when the verdict came out, the sense of inevitability resurfaced.  I can picture myself there now, in the public gallery: I can only focus on the jury, looking as if to see why or how they came to their decision.  One juror is crying, several look shocked.  It means nothing, but it does make you wonder.  Are they comfortable with their verdict? Or is the process so demanding they are drained? And yet the trial lasted less than 3 weeks, beginning in earnest on Tuesday 9 June, with final arguments completed and a sentence handed down on Friday 26 June.  The court did not sit every day during that time, and the jury considered its verdict for 3 days before delivering it.  So what went on in the jurorâ€™s room?  It is another part of the process that left us all feeling helpless.

The feeling has not gone away.  Five years on and Stephen remains in prison.  An appeal, largely drafted by himself, was unsuccessful.  He was advised the appeal had to be lodged with 2 weeks of the verdict and rushed on ahead.  He did not have legal representation as the solicitor and barrister delivered a summary to him after the trial outlining why they did not think there were grounds for appeal. His legal representatives â€“ who had assured him and us throughout of their utter belief in his innocence â€“ saw no reason to appeal a verdict.  Did I mention Stephen was receiving legal aid, covering only his solicitor fees for the preparation for the trial and barrister fees for the trial, and not for assistance provided to prepare for an appeal?  No?

The legal system is a closed shop to many.  Questions and requests made to the CPS are dismissed with little explanation, referring to evidence being relevant and not relevant.  Who decides?  Why those in the legal system of course, the same people who brought the case against Stephen.  Stephen has been banging his head against a brick wall dealing with the CPS to try and get some traction in relation to his appeal for 5 years.  His attempts are met with cursory dismissals.

We â€“ his family, friends and supporters â€“ continued to feel helpless.  We want to help; we listen to Stephenâ€™s points and arguments, knowing they are all valid. We followed up possible avenues of investigation, scoured information, question the evidence and considered how we can uncover new evidence, but ultimately we feel lost, overwhelmed by the task.  What are we trying to achieve?  We know we are trying to prove Stephen innocent, but to do that you have to have the case heard by someone who can deliver that verdict. How do we get someone within the process to listen?

We needed someone who operates within the process, or knows the process.  We attended meetings and seminars provided by the various organisations that provide support and advice to families of convicted men and women who are seeking justice.  These meetings show that there are other people in similar situations, and they are a great source of comfort.   Kevin McCarthy of â€œUnited Against Injusticeâ€ provided much needed support and advice as we started our campaign.

Mark MacDonald, and the Innocence Project stepped in to help Stephen with an appeal.  Mark had little time to prepare, and while the grounds on which the appeal was based were not dismissed completely by the appeal court judges it was not successful.  Mark continues to drive the campaign on and has proved to be a great inspiration for us all, providing direction to the campaign and legal guidance. Lorna Elliott has taken over the reins on Stephenâ€™s appeal, working with Mark, and has provided much needed impetus to the campaign.

The Inside Justice team has added to that: providing massive support for Lorna and Mark since late 2013.  We feel we are now getting the support needed to mount a campaign that will give us the best chance to achieve our aim of overturning Stephenâ€™s conviction.  We do not feel totally helpless any more, but we know the process is still the process.  There is still that nagging sense of inevitability that comes with dealing with a process so beyond our control.

Throughout all of this Stephen has remained driven, and as positive as can be expected in his circumstances.  He has missed out on 5 years of his 2 sons and 1 daughter growing up.  He could do nothing as our dad was diagnosed with cancer and spent the last few months in hospital and nursing home, unable to visit or even phone him regularly. He is my older brother, he is the person I most looked up to when I was growing up. He is a father, a brother, and a son who is straight as a die, honest, and trustworthy.  He is a man who is admired by his peers, a man who is popular and well known. He is someone I have always trusted, and someone who I always felt I had the trust of.  I know he is innocent, and I actually do not care if anyone else thinks he is or isnâ€™t.

We will continue to fight to have Stephenâ€™s conviction overturned â€“ I know that proving his innocence is not actually the aim now, legally that means nothing, I am learning about the process a little at least â€“ and we will continue to believe in Stephen, and hope the process can work in our favour ultimately.  But we know we need the help of experts, professionals and lawyers and barristers who are as committed as we are to succeed.  Inside Justice is a massive part of that, and hopefully will continue to be until we succeed.