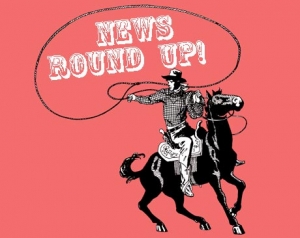 In another US case involving fresh DNA investigation of old exhibits, a Nevada woman has been freed after 30 years in jail, and a new trial ordered. Cathy Woods, 64, was convicted of the 1976 murder of 19-year-old Michelle Mitchell at the University of Nevada in Reno.

New genetic evidence on a cigarette butt found at the scene apparently matches Rodney L Halbower, 66, currently serving time in Oregon for another offence, as well as linking him to at least two of five unsolved Gypsy Hill murders in the San Francisco Bay.

As mentioned in last weekâ€™s Round-Up, Kevin Nunn, Roger Kearney, Stephen Keogh and Kieron Smith are all serving life sentences in the UK, all protesting their innocence, all Inside Justice cases, and all being denied access to exhibits by police, preventing new DNA work which could free them.

Michael Oâ€™Brien, one of the Cardiff Newsagent Three, has paid tribute to his mother, Marlene Bonello, the most fervent of all those who campaigned to free him, who has died aged 73.

Oâ€™Brien, Ellis Sherwood and Darren Hall had their convictions quashed in 1999, for the 1987 murder of Phillip Saunders.

â€œIt affected her terribly,â€ Michael said. â€œShe had no knowledge of the law. There were no campaign groups in those days to help. My mum campaigned everywhere. She was outside Cardiff Prison with a megaphone. She went to studentsâ€™ union to campaign. I wouldnâ€™t have my freedom if it wasnâ€™t for my mum. She was incredible.â€

A judge has called the Crown Prosecution Service (CPS) â€˜shoddyâ€™ and â€˜shambolicâ€™ for failing to properly investigate a sexual assault case. The defendant, accused by a friend of attempted rape after a drunken night out in central London, was cleared by a unanimous jury.

â€œSometimes it would be helpful for someone from the CPS to be in court and see the problems created at cases which aren't investigated properly, and the consequences, instead of being at the end of the phone opining whether cases should go ahead or not,â€ said Judge Anthony Morris.

Liberal Democrat Justice Minister, Simon Hughes, has voiced concerns about his Tory coalition partnersâ€™ plans to withdraw from the European Convention on Human Rights (ECHR). Discussing asylum cases, he said progress had been made but greater improvements were needed in the decision-making process, the length of time claimants are held in detention, and the ban on working during the process.

â€œI am not too naive to think that the gains we have won could not be under threat in some respectsâ€, Hughes added.

Australian legal experts are demanding a retrial for Susan Neill-Fraser, serving a 23 year sentence in Tasmania for the murder of her partner, Bob Chappell, on their yacht in 2009.

After two attempts to overturn her conviction, she and her family continue to maintain her innocence, drawing parallels with Lindy Chamberlain's murder conviction.

Dr Robert Moles says the case is one of the worst injustices in Australian history. â€œThe fact of the matter is, the case was carefully tailored to fit a particular outcome and the preferred scenario,â€ he told Australian TV programme, 60 Minutes.