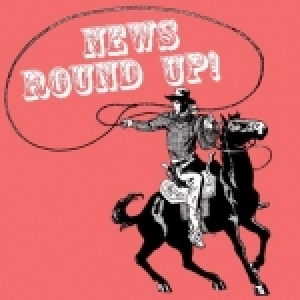 The Guardian, 11 April 2014
Rowena Mason and Owen Bowcott writing at the end of the latest high profile sex abuse case in the Guardian about calls in political circles for a higher threshold of evidence.
Dominic Grieve will discuss the unsuccessful prosecutions with the director of public prosecutions, Alison Saunders, who has strongly defended the CPS against allegations that there was not enough evidence to bring a case against Nigel Evans, a senior Conservative MP.
As some Tories called for a higher threshold of evidence for sexual offence cases, Labour and a number of charities warned that political pressure on the CPS not to charge high-profile figures sent out a damaging message.
The CPS, which has endured cuts of 27.5% in its budget under the coalition government, is already reviewing failed high-profile prosecutions such as those of the actors Michael Le Vell and Bill Roache as well as Evans. It believes it was right to prosecute in those instances, but the failures have prompted criticism and ignited a debate around the judgments of which cases to take to court.

The cuts imposed on the CPS have led to severe challenges to the way it copes with its workload. More than 730,000 defendants were prosecuted by the organisation last year. Between 2007-08 and 2012-13 CPS conviction rates for rape cases rose from 57.7% to 63.2% â€“ the highest recorded CPS conviction rate for rape since its records began.

The Independent Police Complaints Commission (IPCC) is to overhaul the way it investigates deaths involving the police in England and Wales.  The organisation considers appeals from people who are not satisfied with a police force response to a complaint.

The IPCC's review into its own practices follows criticism of how the watchdog has dealt with some cases. Last year, an independent review last year found that the watchdog made mistakes when investigating the death of Mr Rigg, a 40-year-old schizophrenic who died at Brixton police station, south London, in August 2008.

Improving the treatment of bereaved families in future is at the heart of the IPCC's new 61-point action plan. Under the plans, bereaved families will be able to contribute to the terms of reference of an investigation, while press statements about each case will be agreed between police and the affected families in advance of being released to the media.
The watchdog said it consulted widely for its 111-page report, particularly with those who had been critical of its approach and the outcomes of investigations.

There were also concerns that its remit and the scope of its investigations into deaths were "too narrow" to answer key questions as to why a person had died.

A previous report by The Home Affairs Select Committee said the IPCC was overshadowed by the might of the 43 police forces in England and Wales. Woefully under-equipped and hamstrung in achieving its original objectives, it is smaller than Scotland Yard's own internal investigations team.

11 March 2014
Peers have given their backing to the government's plans to allow probation services to be run by private companies, despite a last-ditch attempt by Labour and crossbenchers to block the move.

When the bill was in the Commons, MPs threw out a clause inserted by peers that would have required both Houses of Parliament to approve the government's plans for the future of probation services.

Lord Ramsbotham, a former chief inspector of prisons, urged: "measured evolution is a more responsible approach to a duty to protect the public than the avoidable upheaval of an enforced unproven revolution."

Lord Beecham, speaking for Labour, gave his support to Lord Ramsbotham, and accused the government of having "no intention of listening to the views of this House" as well as putting faith in private contractors "despite repeated evidence of their shortcomings and in some cases highly dubious practices".

Justice Minister Lord Faulks disagreed, maintaining that radical reform is needed to "provide long overdue support to some of the most vulnerable people in our criminal justice system".

Peers sided with the minister in that choice, voting 263 to 243 against Lord Ramsbotham's amendment insisting on parliamentary approval for the break-up of the National Probation Service.

The 35 probation trusts will be replaced by 21 private community rehabilitation companies, supervising about 160,000 low- and medium-risk offenders each year.

Supervision of the most dangerous ex-offenders, including those with convictions for violence and sex crimes, will remain with the National Probation Service.

Rob Williams writes about the case of man cleared after spending 25 years in prison for a crime he didnâ€™t commit.

After a quarter of a century behind bars, Jonathan Fleming looked towards his mother as family members cried out 'thank you, God!' as he was freed. The moving moment came after Jonathan Fleming, who had served 24 years and 8 months of his prison sentence for the murder of Darryl "Black" Rush, was cleared of the killing.

He had been convicted of the crime, which occurred in Brooklyn, despite being on holiday at Disney World in Florida, more than 1,100 miles away. A key eyewitness recanted, new witnesses have implicated someone else and a review by prosecutors turned up a hotel receipt putting Fleming in Florida hours before the killing, defence lawyers Anthony Mayol and Taylor Koss said. Remarkably the receipt had been in police possession since Fleming's arrest.

Fleming had maintained his innocence from the beginning, but authorities had refused to accept the explanation and had suggested the shooting was motivated by a dispute over money. An eyewitness woman had testified that she had seen him shoot Rush.

She recanted her testimony soon after Fleming's 1990 conviction, saying she had lied so police would cut her loose for an unrelated arrest, but Fleming lost his appeals. The defence asked the DA's office to review the case last year. The review produced a hotel receipt paid in Florida about fiver hours before the shooting.