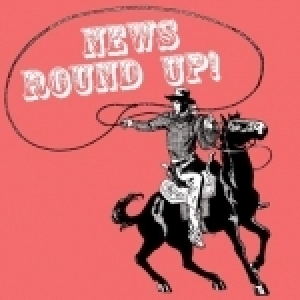 The Independent reports on the death of the well known case of the boxer who caught the imagination of Bob Dylan. Rubin "Hurricane" Carter, the boxer whose wrongful murder conviction became an international symbol of racial injustice, has died at 76. Carter spent 19 years in prison for three murders at a tavern in Paterson, New Jersey, in 1966. He was convicted alongside his friend John Artis in 1967 and again in a new trial in 1976.

Carter was freed in November 1985 when his convictions were set aside after years of appeals and public advocacy. His ordeal and the alleged racial motivations behind it were publicized in Bob Dylan's 1975 song "Hurricane," several books and a 1999 film starring Denzel Washington, who received an Academy Award nomination for playing the boxer turned prisoner.

Carter's murder convictions abruptly ended the boxing career of a former petty criminal who became an undersized middleweight contender largely on ferocity and punching power.
In June 1966, three white people were shot by two black men at the Lafayette Bar and Grill in Paterson. Carter and Artis were convicted by an all-white jury largely on the testimony of two thieves who later recanted their stories.
"I wouldn't give up," Carter said in an interview on PBS in 2011. "No matter that they sentenced me to three life terms in prison. I wouldn't give up. Just because a jury of 12 misinformed people ... found me guilty did not make me guilty. And because I was not guilty, I refused to act like a guilty person."
17 April 2014
Ashley Horshey, Chief Executive of Commonweal Housing writes in the Guardian about housing after a wrongful conviction.
On release, although wronged individuals may be free, their lives have too often been irrevocably changed; and far too many are left with nothing â€“ and nowhere to live. Imagine serving a lengthy prison sentence for a crime you didn't commit. Then envisage what it would feel like if, after years of struggle and appeals, to finally have your conviction quashed because you are innocent. Only to be left to fend for yourself on release. Ironically, the support available from the likes of probation and resettlement services is reserved for those that are guilty, not for victims of miscarriages of justice.
Every year, our legal system, like any other, will make mistakes and people will be wrongfully convicted of a crime and imprisoned. For most, there is an immediate opportunity to appeal, which results in mistakes being rectified quickly â€“ unfortunate for individuals but proof that our courts and appeals system works overall.
Understandably the prison experience is often worse for those who are not guilty. Prisoners are often not able to access courses and support without first admitting guilt, something miscarriage of justice victims cannot and will not do.
On release, although wronged individuals may be free, their lives have too often been changed irrevocably and far too many are left with nothing â€“ and nowhere to live. Such a scandalous lack of support and services was the reason behind the Libra project.
Libra was set up to help these individuals, specifically those left homeless as a result of a miscarriage of justice.
Libra is an accommodation and support programme and a partnership between Commonweal Housing and the Miscarriage of Justice Support Service (MJSS), the only state-funded support for victims of miscarriages of justice. Libra provided immediate, emergency housing either on the day of release, or later when the family life people returned to breaks down.
What went wrong for Libra? It was a mix of internal factors, exasperated by government policy change. Libra was over-engineered and had too few clients. There were also perceived differences in roles and responsibilities for Commonweal and our partners â€“ all lessons learned for future projects.
Some victims of miscarriages of justice face homelessness and we will continue to lobby to ensure that the homelessness regulations recognise the trauma and the exceptional circumstances that such wrongful incarceration creates for these people.
Olympia plays host to the Forensic Europe Expo from 29-30 April 2014.
Forensics Europe Expo is dedicated to the entire forensics sector and its supply chain, including mobile phones, computers, images, and innovations such as satellite navigation forensics.
During the Expo will be the launch of the newly named The Chartered Society of Forensic Sciences. The previously named The Forensic Science Society has recently been granted a Royal Charter. Society President Dr Ann Priston, commented: â€œThe Workshop programme is certain to feature some fascinating insights into new areas where the expertise of scientists is driving standards in investigation and furthering knowledge. In particular, digital forensics is likely to be widely covered at this yearâ€™s exhibition. This is a fascinating and fast-moving field, involving the fight against cyber crime and other challenges that our virtual world is now presenting to law enforcers.â€
Those attending can expect presentations to cover subjects from techniques for presenting forensics evidence to court to satellite navigation and detecting sex offenders online and ways to tackle the growth of organised crime.