No deal on Brexit will hamper justice 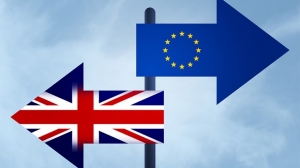 In a report published last week, UK think tank the Institute for Government (IfG) said a no-deal scenario could make extradition harder and prevent police forces from accessing each otherâ€™s intelligence, with the UK hit hardest.

â€œNegotiators should ensure that discussions on the future security relationship are not affected by the parallel negotiations on the future economic relationship between the UK and the EU,â€ the IfG report concluded. â€œThere will be winners and losers from the eventual trade deal; but both sides will lose out if a criminal can evade capture or prosecution simply by crossing the Channel.â€

A recent case for Inside Justice involved an applicant who claimed he was innocent of the murder for which he had been convicted but he had fled the country shortly after the killing and his trial had been delayed for years until his eventual return, making investigation of the case impossibly difficult. Suspects may flee the country, either from guilt or fear of wrongful conviction, and their absence can just as easily result in a miscarriage of justice as no justice at all.