By Louise Shorter on 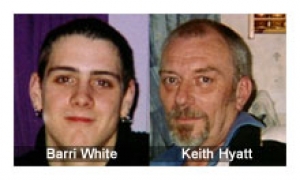 Five years after the BBC Rough Justice programme first began investigating the case of Barri White and Keith Hyatt.  They have now had their convictions quashed by the Court of Appeal.

Here Louise Shorter laments the axing of the programme after 27 years of public service broadcasting and says it is a dark day for society and the BBC.

Seven years ago, Barri White and Keith Hyattâ€™s lives began to fall apart. A night out which began with a family party would end in murder and ultimately, for Barri White, a life sentence.

Barri White had spent an evening in December 2000 with his girlfriend Rachel Manning. The couple had parted company in the small hours of Sunday morning and, Barri said, heâ€™d gone alone to his friend Keithâ€™s house nearby. But Rachel Manning failed to arrive home that night and when her body was found in woodland two days later, Barri quickly became a suspect. Keith too was in the frame, as he agreed Barri had been at his house at the time the police believed Rachel Manning had been strangled to death.

The case went to trial in 2002 and Barri White was given life with a 15-year tariff. Keith Hyatt was found guilty of perverting the course of justice and got 5 years. Keith and Barriâ€™s families wrote to the BBCâ€™s Rough Justice programme soon after to ask for help. Two and a half years later, enough new evidence had been gathered to broadcast a documentary on BBC 1. Now, five years after Rough Justice first became involved, the case was back at the Court of Appeal.

For two days the new evidence was examined and argued over. The defence team was confident but the prosecution fought on. The Judges indicated they would give their decision at 3pm on day two and when they began to read their Judgment the packed courtroom was completely silent. As the words â€œthe convictions are unsafeâ€ rung out, the tension exploded into sobs of relief from family and friends of both men. Barri White is set to face a retrial in the New Year. In the meantime he was given bail and now is experiencing freedom for the first time in more than five years.

The actual reasons why the Judges decided this was a miscarriage of justice canâ€™t be gone into, as reporting restrictions were imposed until the time of the new trial. But we are allowed to tell the world that it was thanks to Rough Justice beginning its investigations that Barri and Keith have proved their first trial created a miscarriage.

But for Rough Justice this success was bittersweet. Now in its 27th year,the case of Barri White becomes the 17th conviction quashed because of investigations carried out by the programme. Rough Justice changed peopleâ€™s lives, yet in November the BBC announced it has been axed. The programme is universally acknowledged as true public sector broadcasting yet its demise is simply because, in this age of celebrity obsession, itâ€™s deemed too expensive. For all those ordinary people lost in our overcrowded jails, convicted of crimes they did not commit, desperate for help and a public voice, it is a dark day. For society and the BBC it is also just as dark.