TELEVISION: The Perfect Medium for Miscarriages of Justice 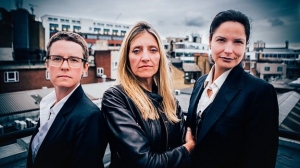 The recent commissioning of the two-part Conviction: Murder at the Station, concerning the 2008 murder of Paula Poolton and the professed innocence of Roger Kearney, presented by Inside Justiceâ€™s own Louise Shorter on BBC2, is to be warmly welcomed. Presenters with real expertise and experience of complex legal and police issues, historical cases, not to mention the impact on miscarriage victims and their families, deserve mainstream TV representation, a sure-fire way to raise awareness and enter living rooms, reaching those who donâ€™t read true crime books or listen to podcasts.

Since the much lamented Rough Justice left our screens in November 2007 as part of BBC cost cuts, there has been no mainstream TV programme investigating miscarriages. This is shocking, especially as the BBC of course has a public service remit, and what can be more important than making sure that our justice system delivers justice? Commissioning another gameshow, cookery or baking programme or a crime drama with a divorced detective protagonist and their empty fridge can hardly be more important than an hour a week looking into injustice, which could happen to any of us. Lord Reith will be turning in his grave. Crimewatch is an important programme, but itâ€™s not enough.

As a true crime writer and journalist, a few years ago I approached a well-known veteran television producer regarding a documentary regarding the palpably unsafe conviction of the late Susan May for the murder of her aunt Hilda, for which she served twelve years. The reply I received from the producer is worth quoting here: â€˜Agreed a good idea, but only the BBC take on this area i.e. Rough Justice. However itâ€™s a minefield and they caught a big cold with one of the stories that backfired on them. To my knowledge no broadcasters go near it since then.â€™  Thatâ€™s a misperception which has got to be overcome.

There is a risk with any investigation, but with the right expertise, a panel of experts, and adequate funding, a new miscarriage investigative strand would provide an invaluable service to the British public. As Marcel Berlins wrote in the Guardian when Rough Justice went off air, â€˜Effort and careâ€¦ went into the programme's investigationsâ€™ and â€˜uncovered basic flaws in our system of investigating crime, exposed police incompetence and revealed the shortcomings of forensic science.â€™ Rough Justice had achieved very respectable viewing figures too.

Such programmes have to be strenuously thorough in approach, examining all angles, and leaving no proverbial evidential stone unturned. Real cases are real lives, victims and families need and deserve the utmost respect, and a person convicted of a serious violent or sexual offence who professes their innocence must be treated sceptically, yet with an open mind. The evidence will out, if it can be found, and the pros and cons of conviction, achieved by the prosecution using witness, forensic and/or circumstantial evidence ruthlessly evaluated. Miscarriages do happen, and we know that only too well, but if a re-investigation of a case confirms the guilt of the convicted party, so be it. The purpose is to achieve true justice, not create another miscarriage of it of course.

And if done well, there really is no reason why an investigative programme cannot be entertaining too - just watch an episode of CBSâ€™s Emmy-winning 48 Hours - itâ€™s all about using the correct people and taking the right approach. Entertaining doesnâ€™t mean sensationalist. So, come on BBC, ITV, Channel 4 and Channel 5 - get creative, be brave, and provide a great public service which is very sorely needed - just look at the websites of the Innocence project and Miscarriages of Justice UK, as well as Inside Justice.
***