The Case of Kevin Nunn 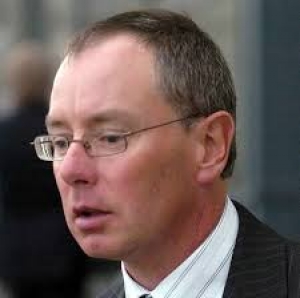 From Inside Time November 2013

The body of Dawn Walker was found around 5pm on 4th February 2005. The 37 year-old had been dumped beside the river Lark in Suffolk, burned, with her hair hacked off and partially clothed. In November 2006, her ex boyfriend Kevin Nunn was convicted of her murder. From the moment he was arrested, to this day, he has protested his innocence.

Kevin Nunn and Dawn Walker had been in a relationship for two years. The prosecution claimed the couple had argued at her house on the night of Wednesday 2 February, with him ultimately killing her in a jealous rage as she broke off their relationship.

At trial, the prosecution case was, on any view, a bizarre series of events. The cause of death was never identified but over a 36 hour period, they said, Kevin Nunn undressed Dawn Walker, shaved off much of her hair, smuggled her body out of the house, burned it by the river, re-dressed it, removed it from the river, hid the body, possibly in a water-butt at her house, before enlisting the help of one of Dawn Walker's friends (whom Kevin Nunn had not previously known) to smuggle the body out of her house before leaving it at a different spot on the opposite bank of the same river. Charges against this friend were dropped at trial.

When questioned by the police, Kevin Nunn volunteered that his relationship with Dawn Walker came to a mutual and benign ending on the Wednesday evening. He received a voicemail from her around 04.55hrs the following morning. The next day, her employer called her emergency contact, Kevin Nunn, to say she'd not turned up for work. He looked for her at her home, with a key he still had, and the river nearby where they often walked. Kevin Nunn reported her as a missing person to the police the next day.

The close contact involved in this case undressing and re-dressing, sexually degrading the body, moving the body at least twice would suggest the potential for forensic evidence should be great. It is perhaps one of the most significant elements in Kevin Nunn's case that the forensic evidence was slight, yielded no useful information against the man in the dock at least and, alarmingly for the entire criminal justice system, went on to affect the law regarding re-testing exhibits post conviction.

There was no forensic evidence against Kevin Nunn of any weight and yet there were plenty of unresolved forensic issues: Diatoms, tiny organisms that live in water and can help identify a water source, were found on the victim's feet and matched those of the location of the river where she was found. But diatoms on her ankle and stomach were not a match for the river. Four spermheads were found on her body. Kevin Nunn had a vasectomy. These have not yet yielded a DNA profile and currently the courts will not allow Kevin Nunn's team to commission new tests now. Footmarks found on the path by the river Lark could have come from Kevin Nunn's trainers, but they also could have come from her own as she had the same brand. In any event he'd already said they often used the footpath and these prints did not deviate from the path. No skin cells, burned or otherwise, were found in her home, nor in his, nor in any vehicle that Kevin Nunn had access to.

Perhaps most importantly the cause of death was not satisfactorily established despite the fact the prosecution case was that death came from a jealous rage. In fact, two pathologists claimed that hypothermia was the most likely cause. There were no obvious injuries to Walker's body to explain her death. Dawn Walker was a very fit and physically capable woman, yet there were no defensive wounds on her body.

Given the seeming lack of direct or forensic evidence in the case against Kevin Nunn, the exhibits which have been retained has become the focus of significant legal arguments. Since 2007 Kevin Nunn's family have wanted access to the exhibits for re-testing. The police refused access, a decision upheld by the courts. This judgment has had a significant effect on others who are campaigning against their wrongful convictions with many police forces now refusing to hand over exhibits, until the judiciary makes a final decision on whether the Nunn refusal is upheld. This aspect of the case will be heard in the New Year at the Supreme Court and will have a very real and significant impact on all miscarriage of justice cases which are sure to follow.

Questions
â™¦What was the cause of death?
â™¦Was Dawn Walker actually killed by the serial killer Steve Wright, who was known for dumping his victims bodies in water?
â™¦Are any aspects of this case similar in M.O. to any other murders?
â™¦Why was the hair partially removed?
â™¦Which other water source was the body near?
â™¦Why was there no DNA, fibres, fingerprints or skin cells recovered to link Kevin Nunn?
â™¦What work could be done now to identify What really happened to this victim?