The Case of Paul Wynter 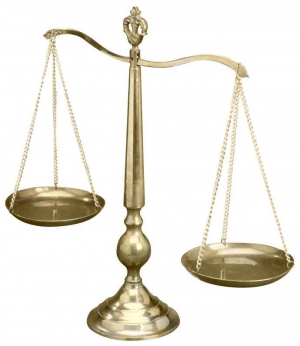 From Inside Time September 2013

In April 2010, Paul Wynter met Mary [name altered] on a dating website. Within a month, Paul and Mary were in a sexual relationship, despite the fact that he already had a partner. He admits that he acted badly towards Mary, having no intention of leaving his partner but not making this clear. Within 11 months, Mary had accused Paul of beating and raping her.

The central charges in this case are that: Mary claimed that a row had broken out on Christmas Day; that Paul Wynter grabbed her around the neck, dragged her upstairs and anally raped her. Mary didn't report it at the time, but later that day told a friend and took a photo of some reddening on her neck. Mary claimed that after this assault she hardly saw him again as she was terrified of him.

Paul Wynter says that during the row Mary attacked him, he grabbed her and held her down briefly, but there was no sexual contact. However, on 24 January Mary found other women's numbers on Paul Wynter's mobile and another row broke out. Mary claimed that he roundhouse kicked her to the face, elbow smashed her, threw a TV remote at her and then raped her for several hours into the night. Mary had pictures on her mobile that showed a bruise on her leg, and some slight reddening to her neck and chin. Mary claimed she told a friend, Ms M, about this attack shortly after.

In contrast, Paul Wynter says that they had consensual sex before Mary found the numbers on his mobile, and that then the argument grew heated. In anger he threw a TV remote which hit Mary on the leg, the argument continuing to the front door as he left. A neighbour heard this row and his departure which supported his claim that he had left the house at 11pm and was not assaulting her until the early hours. Cases such as this; where the alleged victim does not report the assault straight away and the opportunity for contemporary forensic or medical evidence to be found are lost, are horribly difficult to challenge. The unusual aspect of Paul Wynter's case is that there is a contemporary record of the state of the relationship with Mary through their texts. Mary had deleted many of these messages, particularly the positive ones she had been sending him during these alleged events but they were retrieved from Paul Wynter's mobile.

The texts reveal that the relationship was perhaps more volatile than was evident to an outside observer, but also that Mary's attitude to Paul Wynter in her texts was at odds with her stated attitude. After the first attack, on Christmas Day, when Mary was said to be terrified of him and wanting nothing to do with him, the texts between them revealed that their relationship continued to be a sexual one. After the alleged attack of 24 January, Mary claims they only saw each other once more, in early February. Texts between them showed that the relationship actually continued through to March, where Mary seemed to realise that he was not going to leave his partner. Their last contact was March 9th, where Paul Wynter claimed Mary phoned him from outside his home, saying she was going to tell his partner about their relationship. Cell site data showed that Mary's phone did call him from near his house.

Crucial evidence exposed during the trial cast doubt on the version of events claimed by Mary. In her evidence, Mary's friend denied that Mary had told her of the alleged assault in January. And whilst Mary had claimed that she had seen her GP over damage to her hand caused by Paul Wynter at the time, the evidence of her GP denied this claim.

After the first assault, on Christmas Day, Mary claimed she was terrified of Wynter and that there was no sexual activity between them, let alone that he had been in her bedroom. On February 11th, though, police attended her house and their evidence was that Mary could be seen through the glass door putting on clothes to open the door, and that Paul came out of her bedroom. Mary, said the police, seemed to be embarrassed.

The collapse of their relationship in March saw Mary complaining that her car tyres had been slashed, and it was during talks with the police over this complaint that Mary first made the allegations of assault.

Alongside the text and witness evidence, there was a complicated and fundamental legal issue that arose during the trial. In the witness box, Mary became upset as contradictory evidence was put to her by defence Counsel and required frequent breaks. In Chambers, the Defence agreed to limit the amount of time they would spend cross examining her a time guillotine that the Judge then announced in open court. As a result, Paul Wynter's appeal included the argument that there was insufficient time to properly question Mary. The Court of Appeal disagreed that this was particularly significant.

There are two versions of the events in this case, Paul Wynters' and Mary's. There exists a contemporary record of their relationship in the form of texts, which do not support Mary's claims, as well as external witnesses â€“ Mary's friend, her GP and her neighbour â€“ who all cast doubt on her evidence. There is no contemporary medical evidence. The photos taken by Mary on her mobile equally support Paul Wynter's version as her own.

Despite what may seem to be clear uncertainties, Paul Wynter was convicted. Having lost the first appeal, he hopes to be referred to the Court of Appeal via the CCRC.

The case of Paul Wynter reveals how difficult it is to defend against a charge of sexual assault committed in private and how difficult it is to investigate or challenge the verdict once it is in. These cases are largely ignored by the media. Justice is important; not only to the individuals involved, but to our society. We avert our eyes from it at our peril.

After the first alleged rape and beating, why did Mary text Paul about going out to dinner?

Why did Mary try to delete many of her texts to Paul?

Would being roundhouse kicked and elbowed in the face by an 18 stone man only leave slight marking?

Why did no witnesses support any of Mary's claims, including her friend and GP?

Should witness cross examination be limited to save the accuser from upset?

Why did the jury accept Mary's version of events, even though none of her claims were demonstrated by independent witnesses to be true?