The Case of Tony Shepherd 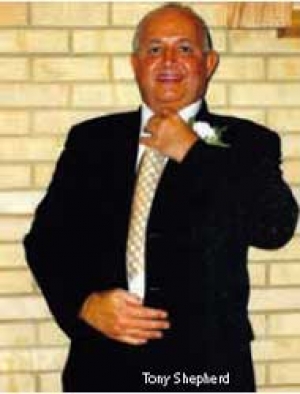 Ten years ago this month, East End pub landlord Tony Shepherd was convicted of the murder of Lee Chesaites. Tony Shepherd has always protested his innocence. At Inside Justice we receive around 30 letters from prisoners every month asking us to review their cases in the pursuit of new evidence for the Court of Appeal. We began looking at Tony Shepherdâ€™s conviction after receiving a letter from his solicitor James Saunders.

On 1 November 2002, 19 year-old Lee Chesaites was out drinking with some friends around the Bow area of Londonâ€™s East End.  The prosecution told the jury it was near the Prince of Wales pub that the group bumped into a group of girls on a night out, which sparked an argument. Lee Chesaites subjected one girl to racist abuse and the prosecution claimed Tony Shepherd punched Lee Chesaites in the mouth. Tony Shepherd vehemently denied being at his pub at the time in question and another man told the police it was he who had struck the youth.

After walking away from the pub the teenager phoned his father Anthony to collect him. Once in the car they drove past the group and did a U turn to drive past the pub again before parking further up the road. Giving evidence at Tony Shepherdâ€™s trial, Anthony Chesaites told the court his son had urged him to stop, saying â€œyouâ€™re hard Dad... what are you going to do about it? Do something.â€
The victimâ€™s father went on to tell the jury that he and his son got out of their parked car and a man he later identified as Tony Shepherd walked over and shot Lee Chesaites at close range. Another witness identified Tony Shepherd as the shooter yet others said this woman was some distance away in a queue for a nightclub at the time.
At the time of the shooting a pickle-jar was thrown, striking Anthony Chesaites on the head. Detectives found an ornamental bayonet from the pub on the ground near the victimâ€™s parked car. Various people saw a dark coloured Range Rover leaving the scene at speed immediately after the shooting.
Our investigations are at an early stage but some questions occur to us.
1. CCTV from the nearby Benjyâ€™s nighclub has been examined by a forensic expert. A crucial hour when the shooting happened is
missing. Why?
2. Does the prosecution scenario seem plausible?
3. Why would the pickle jar, which struck the victimâ€™s father on the head, have been thrown?
4. Why and how did the bayonet get from a wall of the pub to the scene of the shooting?
5. Why did the car carrying the victim drive up and down the road outside the pub three times before parking 200 yards away from
the Prince of Wales?
Tony Shepherdâ€™s campaign is supported by family and friends. His lawyer James Saunders says he was moved to take on the case because of overwhelming concerns about the close relationship
between a police officer called DS Butters and one of the key prosecution witnesses. Mr Saunders told Inside Time â€œThe CCTV
tape goes blank at the key moment. How? Why? Shortly before the ID parades, a policeman asked a witness to point out Tony Shepherd in a photo. He wasnâ€™t even on the investigating squad and had no legitimate purpose in asking; he didnâ€™t tell the truth when confronted. What was he really up to? A solved crime doesnâ€™t leave questions like these unanswered.â€
A friend of the Shepherds and spokesman for the family, Tom Wakeling says â€œitâ€™s so hard to visit him and have to leave him inside. Iâ€™ll never give upâ€. With family life on hold, the battle for justice goes on.
Inside Justice welcomes readersâ€™ comments. You can write to Inside Justice at the usual mailbag address or email [email protected] or phone 0844 879 7450.
Inside Justice is a not-for-profit organisation funded through charitable donations from the Esmee Fairbairn Foundation, the Newsum Charitable Trust, Inside Time and the Roddick Foundation