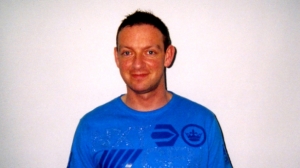 From Inside Time November 2011

I write having just sealed an envelope addressed to the Criminal Cases Review Commission which contains an application form submitted on behalf of Colin Norris. Colin, a nurse, was convicted of the murder of four elderly patients who he had cared for during the course of his employment at Leeds Teaching Hospitals NHS Trust in May 2002, and the attempted murder of one other patient.

The case against Norris was built around the death of one of his patients, Ethel Hall who, following her death from Hypoglycaemia (a condition that occurs when blood sugar levels are too low), tests of her blood were said to reveal far higher quantities of the diabetes drug insulin than would be expected, the conclusion being reached that she had been injected with significant quantities of insulin by someone caring for her (although it is not accepted that these test were accurate). The police thus concluded she was murdered.

Suspicion fell on Norris particularly as a result of throwaway comments he had made about Ethel Hall during the course of his work. The police then set about a trawl of the hospital records for deaths of other patients that, with the benefit of hindsight, could also be classed as suspicious deaths in circumstances similar to those of Ethel Hall. The police eventually came up with four other cases of elderly women (which they had whittled down from more than 70 potential cases), one of whom survived a bout of hypoglycaemia but survived and the other three whom were said to have died from the condition. None of these patients suffered from diabetes.

At the trial, the prosecution relied on expert evidence which purported to establish that deaths from naturally occurring hypoglycaemia were so rare that to have five cases over a short period of time in one hospital was extremely unlikely. Indeed it was said by one expert that to see so many such cases was â€˜extraordinaryâ€™. Accordingly it was suggested that the death of all five women must have been caused not naturally but by the unlawful injection of insulin. As these women had been dead for some time their blood could not be tested.
What the Crown couldnâ€™t explain however was the case of a fifth woman who died from hypoglycaemia when Colin had not been on duty who the Crown had to accept died from natural causes (the case of a sixth woman has since come to light whom the Crown did suspect had also been murdered but dropped the case when again it was apparent that Norris was not on duty). He was thus charged with the murder of the four patients and attempted murder of the fifth patient who survived.

The importance of the four patients other than Ethel Hall was that the Crown could rely on the apparent rarity of naturally occurring hypoglycaemia to put Colin in the picture not only for those cases but also for that of Ethel Hall, given that he was on duty at the time when all of those patients fell ill. If, however naturally occurring hypoglycaemia was not so rare, then the case against Norris on all five counts could not really stand up. He was however convicted at trial and an appeal has since been rejected by the Court of Appeal.

Upon taking over the case on appeal, we instructed one of the worlds leading expert on hypoglycaemia and insulin poisoning, Professor Vincent Marks to examine the expert evidence relied on at trial.

Having examined the case in detail, his important conclusion is that, contrary to the evidence given at trial, recent studies have shown that in elderly, sick, frail, patients, naturally occurring hypoglycaemia is in fact relatively common and in fact the deaths of the three women other than Ethel Hall were more likely to have been caused by natural causes than by insulin injection.

If this is the case (and there is no doubting Professor Marksâ€™ expertise) then the jury were misled at the trial as to the rarity of naturally occurring hypoglycaemia and the prosecutionâ€™s case at trial was fundamentally flawed.

We await the CCRCâ€™s own verdict on the case with interest and real hope.