The Curious Case of the Sole Conspirator 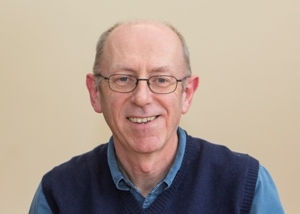 The CCRC should have the words â€œWhatâ€™s New?â€ emblazoned above the door of its Birmingham Offices. That was my conclusion from reading hundreds of case files during some academic research. Most applications to the CCRC fail because they donâ€™t have anything new. The Act under which the CCRC operates sets out conditions to be met before it can send a conviction to appeal. There needs, unless there are some exceptional circumstances, to be â€œan argument, or evidence, not raisedâ€ in the trial or on any appeal or application for leave to appeal. So why, in the light of this fact did the UEA innocence Project submit an application to the CCRC on behalf of Margaret James when we actually had very little fresh evidence or argument?

Margaretâ€™s case has featured in Inside Time before. She was convicted of conspiring to murder her partner Peter Solheim, whose body was found floating in the sea off Cornwall in 2004. Inside Justice asked the UEA project to look at the case in summer 2013. Two teams of undergraduates began the task of going through all the available documents from the trial to see if any new material might enable us to challenge the evidence given at the original trial.

The case immediately struck the teams as having some very unusual features. First, this was still an unsolved murder. This remains the case in 2014. Police confirmed as recently as 2012 that the investigation is still open. Secondly, this was a conviction for conspiracy in which only one supposed conspirator had been convicted. Thirdly, there appeared to have been significant developments since Margaret was convicted. Two men were arrested in 2009 in connection with the murder and later released without charge. At a 2012 trial of two other men on sex offence charges a number of allegation were made about Peter Solheim, some of which might have a bearing on his death.

Margaretâ€™s lawyer, Mary Buxton, lodged an appeal which was refused in 2012. As part of that the Court was asked to order the police and the CPS to disclose any material relevant to Margaretâ€™s case since her conviction. The Court refused, but did (laughably) say that the CPS had a continuing duty to disclose and that the judgment could be â€œwavedâ€ at the CPS to remind them of that. Repeated requests by Mary Buxton have been ignored. If Margaret is to have any chance of proving her innocence this information is vital. And the truth is once someone has been convicted neither the police nor the CPS show any continuing interest in the case. As the Metropolitan Police put it to the Cardiff Innocence Project: â€œFrom what I understand about this case Mr D (name withheld for reasons of confidentiality) was convicted due to the substantial evidence against him and there is no uncertainty regarding his conviction.â€

Our application to the CCRC specifically asks them to use their powers to requisition documents and material even though we are not providing them with any fresh material. The key difference in Margaretâ€™s case is that we know that there is a substantial amount of fresh material. We just canâ€™t get access to it. Rather than spend months fruitlessly pursuing the CPS we applied. In the waiting time for the case to get to review (eight months or so) we will be working on the issues we think that the CCRC should investigate.