THE JUDICIAL MURDER OF DEREK BENTLEY: A Tragic Warning from History 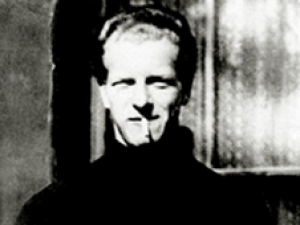 The senseless and vicious murder of PC Miles had taken place on 2nd November 1952, on the roof of a Croydon, south London warehouse. Derek Bentley had gone there with his friend 16 year-old Christopher Craig, who was in a violent rage with the police, who had recently arrested and taken to trial his older brother Niven Craig, a well-known small-time south London villain, where he was given a lengthy sentence for armed robbery. Chris Craig and Derek Bentley had climbed to the roof of the warehouse to find a way in to rob it.

There was never any proof that Bentley knew that Craig was carrying a gun that night, although Craig was known for playing around with guns, mainly WWII ex-service revolvers, then flooding Britainâ€™s streets on the black market, and contributing to the wave of post-war violent crime then sweeping the country, which the political, judicial and policing Establishment were purging with a non-velvet-gloved iron fist.  Bentley himself was carrying a spiked knuckleduster and a sheath knife, both of which had been supplied by Craig.

When a witness called the police, it was obvious that Craig was not going to come quietly when the police arrived. He taunted the police who were calling to him, â€˜Come on you coppers!â€™ PC Sidney Miles was shot through the head when he arrived on the roof by Craig and died instantly. But Bentley was already in police custody on the roof at the time the shot was fired- he had come quietly, and never used the weapons in his pocket. But at the trial the next month- which Craig had to attend lying flat as he had jumped off of the warehouse roof, falling into a greenhouse below, fracturing his spine and left wrist-collaborated police evidence stated that Bentley had shouted to Craig â€˜Let him have it Chis!â€™ just before Craig shot PC Miles. It has since become almost certain through investigations, chiefly by the writer M J Trow, that Bentley never uttered those words. And if he had, it could have been a plea to Craig to let the policeman have his gun. This was never raised at the trial.

Craig was sentenced to be detained at Her Majestyâ€™s Pleasure and he was released after ten years at age twenty-six, becoming a plumber and living quietly out of the public glare. But he resurfaced briefly for a one-time-only interview on Thames Television, in which he said that Bentley had never said â€˜Let him have it, Chris!â€™ and that Bentley should never have been hanged. Bentley was 19 years old at the time of his execution, epileptic, and he was assessed while on remand in Brixton Prison to have an IQ of 77 and labelled in the jargon of the time, â€˜borderline feeble-minded.â€™ But Bentley was sentenced to death, with a recommendation of mercy. Despite a huge petition, the protests of many influential people, and a last-minute appeal, Derek Bentley was hanged.
Undoubtedly the police and the Establishment was enraged that a policeman had been killed, and rightly so. But that was no excuse to fabricate evidence to ensure that somebody paid the ultimate price. The policemen who concocted the â€˜Let him have it Chris!â€™ line, Lord Chief Justice Goddard and the notoriously hard-edged yet softly-spoken prosecutor Christmas Humphreys, overseen by the then Home Secretary Sir David Maxwell-Fyfe, certainly closed ranks and made sure that somebody hanged. At sixteen years of age, Chris Craig was too young to hang.

It could be asked why this travesty of justice should be continually raised, now sixty-three years after it occurred. The reason is that it is a terrible reminder of what a dispassionate and ruthless Establishment can do when it has the will. Since 1964, nobody has been hanged in the United Kingdom thankfully, as a string of cases before that date show mistakes that could never be rectified. Miscarriage of Justice victims now face long prison sentences instead of the noose, but the psychological damage done is immeasurable. The list of miscarriages since Bentley was led to the gallows at Wandsworth Prison is worryingly long. We must always be watchful against bad justice, which is of course no justice at all.

â€˜I tell you Mum, the truth of this story has got to come out one day, and as I said in the visiting box, one day a lot of people are going to get into trouble and I think you know who those people areâ€¦..That will be all for now, I will sign this myself. Lots of Love, Derek.â€™

-Derek Bentleyâ€™s last letter to his mother and father, dictated to a prison guard, shortly before his execution on 28th January, 1953.

Derek Bentley was posthumously pardoned forty years later in 1993, and his murder conviction quashed in 1998, after a decades-long miscarriage of justice campaign led by his parents until they died, and then by his sister Iris, who passed away in 1997.
***