By Margaret Jervis, consultant, legal analyst and researcher with Chris Saltrese Solicitors on 25/06/15 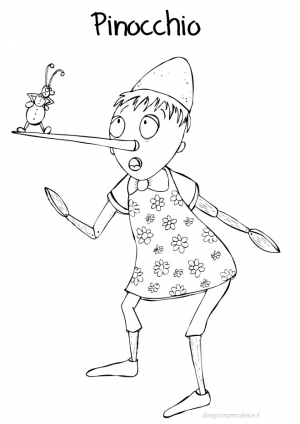 The trial had all the hallmarks of â€˜groomingâ€™ â€“ a gang of adults luring a vulnerable young girl into sex, drugs, prostitution and trafficking. But last week, six weeks after it began, the juggernaut case ground to a halt.

In an unusual move, Judge James O â€˜Mahoney ruled that the complainantâ€™s evidence was too unreliable to be put to the jury. While she was undoubtedly a vulnerable witness with an unhappy life history, he said her evidence was replete with lies and contradictions as against the known facts.

The seven defendants, Roma Slovaks, as was the complainant, walked free.

The newspaper report stated that the judge criticised the investigation â€˜the police had asked leading questions, had failed to consider the girlâ€™s â€œtendency to confabulateâ€, had failed to challenge inconsistencies in her evidence and had failed to restrict the number and length of interviews with the teenagerâ€™. â€˜He said there had been a serious lack of neutrality during police interviews with officers telling the girl, â€œI know you have told the truthâ€, and â€œI think itâ€™s awful what youâ€™ve gone throughâ€.â€™

With such manifest flaws, it might be asked how the multimillion pound case got past the Crown Prosecution Service. But the answer is simple; it was in line with their guidelines.

For when interviewing complainants, investigators are led to expect that:

â€¢ They may give inconsistent and contradictory accounts;

â€¢ They may need to be repeatedly interviewed giving piecemeal accounts, sometimes saving the worst until last;

â€¢ The fact of inconsistency and contradiction may be symptom of abuse and confirmatory supporting evidence; and

â€¢ The complainants are victims.

The danger of confabulation in such circumstances is not recognised at all. Yet it is a fundamental risk, not just in this case but in all grooming and historic cases where â€˜case buildingâ€™ relies heavily on a progressive narrative by complainants, and where there is a presumption of victimhood.

In multi-complainant cases the risk is greater because not only are potential complainants allowed to be told about what others are claiming, leading to the possibility of cross- contamination, but there is a greater likelihood of the case being decided by the jury where the lurid similarity of claims may prompt a jury to convict on dubious grounds.

For the fact is that the term â€˜vulnerableâ€™ when applied to witnesses who have a history of difficult and wayward behaviour, or as GMC police chief Sir Peter Fahy termed it â€˜putting themselves at riskâ€™, does not only mean they are open to sexual exploitation, but can also mean they are open to suggestion by their saviours â€“ the police, social workers and allied multiagency services.

While it is undoubtedly true that these cases are tricky to investigate, and that serious crimes may have been committed, the CPS guidelines are in fact a rehash of the notorious â€˜child sexual abuse accommodation syndromeâ€™ which fuelled the â€˜satanic abuseâ€™ daycare cases such as McMartin and a host of miscarriages of justice.

Such â€˜counterintuitiveâ€™ theories, while popular within the sexual abuse industry, have no empirical basis and when used as an investigative tool may massively inflate claims, building a phantom shared narrative. It may then become very difficult to distinguish the real from the imagined with genuine offences becoming submerged within fantasy, or even overlooked.

However, the most imminent danger is that of miscarriages of justice. For not only are the CPS guidelines a template for investigation and prosecution, but judges may now direct the jury to similar effect.

Under the rubric of â€˜myth bustingâ€™ in the Crown Court specimen direction benchbook, juries can be told that inconsistencies may be a result of trauma caused by the offence, and may discount them in coming to a verdict. These directions have been upheld by the Court of Appeal. Not only is this presumptive, since in order for the jury to consider the evidence in this way, they have to decide that the offence was committed, but it undermines the standard of proof.

Where a case depends substantially on oral testimony, the only way a jury can be sure of guilt is by examining the cogency and consistency of testimony. Of course there will be cases where the defendantâ€™s evidence is poor and that can support the prosecution, but in many cases all that may be possible for the defendant to give is a flat denial, with nothing other than the complainantâ€™s evidence to rely on. If a complainantâ€™s evidence is seriously inconsistent, then the only fair and rational verdict is to acquit.

Of course it does not mean that a complainant is necessarily lying or mistaken about the offence, but insofar as the burden of proof is on the prosecution and the standard of proof is to be sure of guilt, then acquittal is the only safe conclusion.

With the police and CPS falling over themselves in conducting mass investigations into CSE, and other historic inquiries, Judge O â€˜Mahoneyâ€™s intervention is as timely as it is exceptional.

While there are still judges who believe in the principle of the ascendancy of cogency and consistency in evidence, it has been discarded by the CPS in this field, and compromised by the Judicial Studies Board.

The safeguards to the integrity of justice in England and Wales have not only been eroded, but are hanging by a thread.