The Prosecution will be Televised 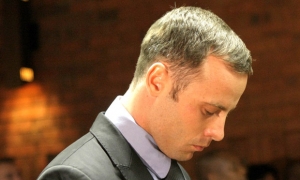 Guilty of culpable homicide: the verdict on Oscar Pistorius was delivered today, following a globally televised criminal trial in South Africa. Is this the future for England and Wales? Lord Neuberger, president of the Supreme Court, seems to think so:

â€œOpen justice is an essential feature of the rule of law. In its most basic form, it means that court hearings take place in public and judgesâ€™ decisions are available to the public. If courts sit in private, judges cease to be properly accountable for their decisions, as the public do not know what the evidence and arguments were put before the judge, or why the judge reached a particular decision.â€

Filming was banned in English and Welsh courts in the Criminal Justice Act of 1925. An exception is the UK Supreme Court, set up in 2009. Cameras have been allowed in Scottish courts since 1992, but only with the consent of all parties, which is rarely given; the policy is currently under review.

Since Halloween last year, TV cameras have been permitted to record proceedings in the Court of Appeal. Live broadcasting is possible in five courtrooms at the Royal Courts of Justice in London. Recording is possible in 13 others.

But is television the right medium for justice? What is television for? According to Jeremy Paxman, the former BBC Newsnight anchor, â€œthe function of television seems to me perfectly simple. It's to open our eyes. Lord Reith was a dour old codger, but that original distillation about informing, educating and entertaining will do as well today as ever it did.â€

One could hardly argue against informing and educating the British public about criminal justice, but entertaining?

Baroness Helena Kennedy QC, barrister and successful broadcaster, is against the televising of criminal trials:

â€œThe television companies are playing a longer game here. They want to get into the higher courts and they will behave perfectly well and most of the nation will doze off because what we lawyers do in the courts discussing the law is not that captivating. But they really are playing the game that they want to get into the courts where things are much juicier. What will be picked out will be the most sensational. It will be the most salacious and sexual cases. It will be the stuff that is dramatic and enticing and brings in viewing figures.

â€œWhat I'm concerned about is something much more fragile, which is our liberty as citizens in this country that the legal system should be taken seriously. There should be some awe about it and it shouldn't be turned into entertainment for the masses and I don't trust the editors.â€

Is she right? Should we be in awe of the court? Isnâ€™t that anachronistic and reminiscent of how we used to regard the medical profession: unquestioning deference for white coats and horsehair wigs alike?

Television can undoubtedly get it wrong. OJ Simpsonâ€™s 1995 trial is widely regarded as a media circus: â€œif it doesnâ€™t fit, you must acquitâ€. Pistoriusâ€™ trial too has had its failings, including the prosecutionâ€™s shock tactic of showing pictures of Reeva Steenkampâ€™s head wounds, which led to a time delay being enforced on the television streaming (a similar time delay is already in use at the Royal Courts of Justice). In addition, one broadcaster broke the access agreement early on by showing a witness who had requested not to be shown on television.
Others have suggested that witnesses may be too nervous to speak, or even appear, in front of the cameras, and that lawyers may be too keen to perform to concentrate on the case.

John Scott QC, defending in a Scottish murder trial subsequently broadcast in a Channel 4 documentary, thought otherwise: "Within a minute or so of the case starting, I'd forgotten that the cameras were there. I think that was the same with Alex Prentice, who was prosecuting, and I wasn't aware of any of the witnesses being affected by it. There were concerns that they might be but I didn't observe that at all.â€

However, Scott went on to say, "As for the future, having cameras in court is a good idea in order to make sure that people are properly informed about what happens ... but I certainly wouldn't like to see live transmissions or even evening reports from cases that were ongoing, because I think the potential for juries being affected would be too great. Showing something after it's all done and dusted has the potential to do some good and to inform, but anything else would be too risky."

Too risky? Jurors are currently told neither to read newspaper articles nor watch television reports on the cases they are hearing, so that would not need to change. It could even be argued that actual coverage of a trial is less prone to distortion than is media reporting. The historic trial of William Corder in 1828, the Red Barn murderer, was perhaps the first to receive mass publicity, little of it objective. As The Times put it: â€œJudging from his appearance, though there is a cat-like ferocity about the eyes, and a somewhat sinister expression of countenance, we should not infer that he had been so cold-blooded a murderer.â€ The bloodthirsty mob that surrounded the Suffolk courthouse must have been hard for the jury to ignore!

What about the risks of allowing exposure of those on trial? There were fears that televising the 2012 trial of Norwegian mass-murderer Anders Behring Breivik would provide a dangerous platform for his views. Consequently the court decided to refuse transmission of his defence speech despite appeals from the media. At the start of his trial, a smiling Breivik gave a closed fist salute on live television. By the end, few were even in court to listen to his final speech, most international TV crews were long gone. Lawyer Mette Yvonne Larsen described how â€œthe first day everyone listened. On the last day no one did. He looked kind of helpless when people walked out of the courtroom. I don't think people realised how small and pathetic he was, with that thin voice of his.â€

Certainly a courtroom should not become a soapbox, but denying access to a defendant is potentially counter-productive, as those who remember the thespians, hired to do the voice-overs for Gerry Adams, might appreciate. Adams gained a vocal cloak of powerful intrigue, which vanished once the ban was lifted.
Clive Anderson, another broadcaster and former barrister, has drawn the comparison with parliament, televised live since 1990: â€œThe same sorts of objections were raised... but Prime Ministerâ€™s Question Time has been a popular hit, attracting viewers around the world, however much the Speaker complains about rowdy backbenchers, and all sorts of more measured debates are available to the political obsessive on a dedicated TV channel.

With journalists already permitted to tweet live from court, surely itâ€™s just a matter of time before TV cameras replace the outdated artists, who still have to leave the courtroom before committing their portraits to paper?