The Role of the Internet in Fighting a Miscarriage of Justice

By S C Lomax on 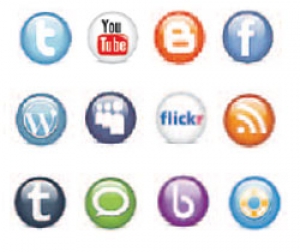 The leading defence barrister Michael Mansfield QC believes that justice responds in some part to public opinion and public pressure. In his book â€˜Presumed Guiltyâ€™ (published in 1993) he wrote: â€˜These cases [the Birmingham Six, Maguire Seven, Guildford Four and Tottenham Three, all of which had their convictions quashed] were not proof that the appeals system works but that public pressure works.â€™

Mansfield mentions how supporters in the above cases would campaign up and down the country and raise awareness of the plight of the innocents in prison, which helped build up momentum towards a successful appeal. If he were to rewrite the book he would doubtless refer to the increasing use of the Internet as a means of fighting against a wrongful conviction.

Anyone who is viewing this article will have a good understanding of how the Internet enables information to be accessed like never before. According to one researcher there are more than a staggering 227 million websites on the Internet and the number is growing every day. In a sense it is an evil, with much false and misleading information, and users often require the patience of a Saint to work their way through the results of a search engine to find anything meaningful or remotely useful, but there is no questioning its value. For several victims of a miscarriage of justice the Internet has been an essential tool in identifying experts who can offer their professional experience in establishing the correct interpretations of evidence which the prosecution incorrectly used at their trial.

Take, for example, the cases of those convicted in the 1980s. If only the Internet had been around then, when even the ZX Spectrum was a novelty to many. Back in those days an expert would be identified through professional journals, registers and recommendations. Without the internet the world was a larger place and so often it would not be possible to know of an expert in a foreign land whose expertise and knowledge could far outweigh that of our home grown scientists.
It is not only experts who are the key to gaining new evidence to overturn a wrongful conviction. Members of the public can often provide information they were unwilling or unable to share at the time a crime was committed or at the time of a trial. A common theme in miscarriage of justice cases is the issue of non-disclosure, where the police and Crown Prosecution Service deliberately withhold key documents from the defence. By keeping secrets from the defence the jury can never learn the full facts and so their verdict cannot be a reflection of the truth, the whole truth and nothing but the truth. In the case of Jeremy Bamber there are 340,000 documents being withheld from his defence team (how many secrets are contained within them?). With so many secrets there needs to be a means by which anyone with information who has a true desire to uphold justice can offer information for the benefit of those wrongly convicted. An internet presence is useful for that reason.

For the past ten years prisoners have used the internet to communicate with the outside world in a way they can control, albeit through a supporter. Many individuals have websites set up on their behalf and there are organisations such as Miscarriages of Justice United Kingdom (MOJUK) who offers prisoner a free webpage on their site, an offer which has been taken up by dozens of prisoners over the years largely by those who do not have the support of more high profile campaigns.

In 2001 the MP John Whittingdale asked a question in the House of Commons regarding whether a prisoner should be allowed to exist at all. He was informed that prisoners are allowed to have a website provided that it is set up and maintained by a person outside of prison, that a prisoner cannot receive any payment relating to contents he or she writes, the prisoner cannot provide details of their crime â€˜except where it consists of serious representations about a conviction or sentenceâ€™ and does not refer to prison staff or other prisoners in a way in which they can be identified.

Other concerns have often been raised such as that allowing a prisoner to have the means of communicating on a mass scale could cause offence to law abiding citizens and immeasurable distress to friends and relatives of the prisonerâ€™s victims. Whilst I have some sympathy for these views it is morally justifiable that a prisoner who has grounds to maintain their innocence should be allowed to do so. If, as Mansfield is right, the justice system responds to public opinion then how is the victim of a miscarriage of justice in a high profile case supposed to successfully reach the court of appeal if he or she cannot argue against media sensationalism and flawed public perceptions?

With the creation of a website a prisoner has a platform to not only air their views, but they also a means to receive the views of others. This can be bad in that abusive messages are inevitably sent, insulting and threatening the prisoner and often deriding their campaign, but it is not all bad. Even a few words from a person who wishes true justice to prevail can be a source of hope and support. A friendly message can make all the difference.

In the past few years the Internet has offered further tools in the campaigns to overturn a wrongful conviction. Facebook, twitter, tumblr, videos on YouTube and blogs are often used to help raise awareness. Since 2010 it has been legal for prisoners to have input into social networking sites for their campaign provided they adhere to prison policies. It is a far cry from the times when a prisonerâ€™s only hope of raising public awareness was through petitions, public speeches by a campaigner at small events, occasional demonstrations and, if one was lucky, the lent ear of a sympathetic journalist, documentary maker or respected Human Rights campaigner.

However, a word of warning: social networking and forums can be a double edged sword. They can promote well informed debate but even if you put together a large number of people who share the same basic beliefs there is bound to be arguments and misunderstandings. People might not be able to articulate their views well or accurately. Information might be discussed which is not entirely true or which is subject to change over time as our understanding of evidence in a case alters. This information might then go on to be referred to in the media or on other websites, Facebook groups and such like and they are viewed by a global audience.

Conversations can develop so quickly through social networking sites and they cannot be always monitored and responded to. This means that an incorrect opinion may go unchallenged and as far as many people are concerned an unchallenged opinion or one which is not responded to with the full facts, often becomes more accepted as fact.

These are challenges that must be dealt with in the ever evolving world of online communications if prisoners are to continue to use the internet for the means of raising awareness and public pressure in the hope that ultimately their wrongful convictions will be overturned.