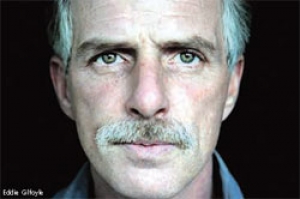 From Inside Time September 2013

A national newspaper recently dubbed me a 'veteran' campaigner against miscarriages of justice (which is, of course, a tactful way of saying that I'm quite old and worn out). My involvement in attempting to overturn wrongful convictions for almost thirty years means I recall how cases were handled by the Home Office's C3 Division before the 1997 creation of the Criminal Cases Review Commission (CCRC).

C3 operated in an opaque and unaccountable manner. Officials reacted passively to submissions of fresh evidence rarely making any inquiries on their own initiative. Correspondence took months before perfunctory often absurdly inaccurate replies were received. Reasons drafted by C3 to justify decisions were invariably inadequate and often factually erroneous.

I don't accordingly count myself among those who would axe the CCRC and return innocent prisoners to the dark days of C3. There are, nevertheless, a few cases where the Commission seems determined to emulate the sloth which typified the Home Office's approach. Where there has been a previous appeal, the average time (after a Case Review Manager has been allocated) for the Commission to decide whether to refer convictions to the courts is 38 weeks. This may be (just about) reasonable but it's not been the experience of Eddie Gilfoyle whose support group I chair.

Convicted in 1993 of murdering his wife, Eddie spent more than 18 years in prison before his release on licence in 2010 under stringent conditions. In August 2010, his lawyer Matt Foot submitted extensive new evidence to the CCRC pointing to Eddie's innocence. This includes a catalogue of non-disclosure of crucial material by police and prosecution, expert evidence which conclusively refutes outlandish theories advanced by the Crown as to how Eddie was supposed to have murdered his wife and material which debunks the Court of Appeal's bald assertion at his most recent hearing in 2000 that his pregnant wife 'had no history of depression' and could not, therefore, have killed herself. More than three years later, Eddie is still waiting for the Commission to make a decision in his case.

There are admittedly cases which require lengthy investigation. I represented Sam Hallam whose murder conviction was quashed by the Court of Appeal in 2012 in his application to the CCRC. I suspected the evidence we'd been able to gather largely consisting of statements from witnesses who'd been at the murder scene might be insufficient to convince the Court of Appeal. Sam was therefore reliant on the CCRC exercising its powers to scrutinise police records, secure case exhibits and interview prosecution witnesses. In particular, we asked that Sam's mobile phone seized by police be examined. Sam maintained it contained images which would confirm his location elsewhere at the time of the murder. Care was taken never to mention the phone in campaign publicity. Call me an old (or even veteran) cynic but I feared that if the importance we attached to this evidence became known, the phone might somehow find its way out of the possession of the Metropolitan Police to the bottom of a nearby canal before anyone could look at it. A Thames Valley Police inquiry lasting over a year found the phone and a mass of other material. It transpired Sam was mistaken about the images (he'd mixed up his dates) but it did show him in a pub almost two miles away shortly before the murder. It took the CCRC two and a half years from application to a referral decision. Eddie Gilfoyle has already waited longer.
Unlike Sam Hallam, Eddie's case doesn't require the CCRC to devote significant investigative resources. The work of uncovering credible evidence which has never (and could not have) been considered by any court has already been carried by Matt Foot, Eddie's family and the Times Investigations Editor Dominic Kennedy. There is no plausible explanation why assessing the new evidence has taken three years with no end in sight.

What of the effect on Eddie Gilfoyle? As mentioned, Eddie is currently subject to restrictive licence conditions which he once described to me as 'worse than prison'. The Probation Service even suggested that if his support group plan any activity, we should inform them first. My reply could not be repeated in a respectable publication like Inside Time. Years waiting for a decision on top of the trauma he's suffered as an innocent man over two decades have caused inevitable and continuing deterioration in his mental health.

The CCRC's first referral in 1997 was Danny McNamee wrongly convicted of conspiracy to cause explosions. As chair of his campaign, I was much heartened by the speed with which the new Commission investigated and referred his case in just three months after years of Home Office inactivity (C3 once tried to excuse delays in Danny's case because they'd misfiled his submission with another prisoner's papers). The Commission should regain its former sense of urgency in cases such as Eddie Gilfoyle's and announce a decision without further delay.