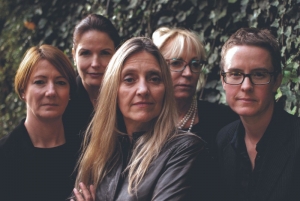 â€œWe get letters every week from prisoners who say they are innocent, says Louise Shorter, who runs Inside Justice, the newly independent charity that investigates possible miscarriages of justice. â€œNot all of them will be,â€ she says, â€œBut in amongst those letters there will be people who are innocent of the crime for which they have been convicted.â€

It is Inside Timeâ€™s policy not to identify by name serving prisoners who for various reasons, usually negative, become the focus of media attention. However, when someone decides to seek help from Inside Justice there is the inevitable possibility that their case will indeed attract great public scrutiny â€“ and as in this instance, become the focus of a television programme watched by millions of viewers. For this reason Inside Time is comfortable with identifying the man who was successful in persuading the Inside Justice team to investigate his case.

In November 2003 Glyn Razzell was convicted of murdering his wife Linda. He maintained his innocence throughout the trial and continued to do so for the rest of his incarceration.

Convicted people who are in fact guilty maintain innocence for multiple reasons: shame, guilt, embarrassment, even shock in the most serious cases such as sex offences or offences of violence, of which murder is the most extreme. Coming to terms with the responsibility for causing grievous harm, distress, or the death of other human beings can be a traumatic truth to bear. But as Shorter points out, there will always be people in prison who are genuinely innocent and they deserve all the assistance they can get.

Shorterâ€™s panel of experts, including prominent barristers, solicitors, forensic scientists, a retired judge and police detectives â€“ must be fairly certain when they embark on an investigation that a case has merit. One of the most compelling aspects of Razzellâ€™s case was that despite a huge search by the police and public appeals for help, his wifeâ€™s body has never been found. The prosecution said that Razzell had abducted her and later murdered her. There were no witnesses to the abduction and the only forensic evidence against him was the spattering of blood matching Linda Razzellâ€™s, which was found in his car.

â€œIt must have been planted,â€ was Razzellâ€™s argument, which had some plausibility, since after his arrest the car had been examined three times, yet only on the third examination was the blood discovered. Even more compelling were claims by a former detective that the murder of Linda Razzell could be strongly linked to a man currently serving life for the murder of two other women from the same area at around the same time. The detective, Steve Fulcher, was insistent the links were so strong that the possibility he was also responsible for her murder, â€œshould be investigated.â€

Around 200 people are convicted of murder in the UK every year and of those fewer than one per cent of convictions are overturned. On the face of it however there was sufficient circumstantial evidence pointing to Razzellâ€™s possible innocence for the Inside Justice team to investigate. Once all the papers gathered had been reviewed by the panel, Shorter asked for a show of hands to indicate whether they should, â€œbe putting the resources of Inside Justice into this case?â€ A majority were raised and the investigation begun.

â€œIâ€™m not a lawyer, or a police officer or a scientist,â€ explains Shorter, â€œbut Iâ€™ve been working on miscarriages of justice now for the last 20 years. My background is in journalism. Part of the motivation for me is that if there is a person in prison who canâ€™t get help and might be innocent, I think they deserve help and they should get it.â€

Razzell had previously applied to the court of appeal which failed. He then went to the Criminal Cases Review Commission (CCRC) and asked them to refer his case back â€“ after a review they refused to do so.

Shorter asked Razzell to call her from prison. Calm and well-spoken, Razzell says he understands when Shorter says she would look at his case as if it was a cold case. â€œYes,â€ he says.

â€œWeâ€™ll look for whatever evidence we can find that will identify the killer. Are you aware of that?â€ she asks. â€œYes,â€ he says, â€œIâ€™m in prison for something I havenâ€™t done.â€ Shorter is nothing if not direct. â€œI am going to have to push you on things,â€ she says. Razzell responds confidently. â€œPush away,â€ he says.

â€œWould you take a lie detector test?â€ she asks. â€œYes,â€ he says without hesitation, â€œin a shot.â€ And so Shorter begins months of pushing and working her way through the evidence, visiting the crime scene, interviewing original witnesses â€“ spending time with former Detective Fulcher, whose theory about another man being culpable appears increasingly plausible.

Eventually she manages to get permission for Razzell to take a lie-detector test. â€œWeâ€™ve recently started asking everyone who applies to Inside Justice if theyâ€™ll take one,â€ she explains. â€œItâ€™s a standard question.â€

However when she relays this apparent good news to Razzell, he appears to back-track. â€œMarvellous,â€ he says at first, but then asks, â€œWill I be told in advance, or will I just be pulled out at half an hourâ€™s notice?â€ Shorter pushes. â€œWhat difference would it make?â€ she asks. â€œIâ€™d like to prepare,â€ he says, â€œIâ€™d be more comfortableâ€¦ if I wasnâ€™t bloody annoyed at having had my day disrupted at short notice. There is no reason why I shouldnâ€™t be told in advance. If you want me to do this at least be reasonable about it. Thatâ€™s my position.â€ Shorter is visibly taken aback. â€œI thought this was something you wanted to do,â€ she says. â€œNo,â€ he says, â€œnot at all. Iâ€™ve never wanted to do it.â€

When the call is over, Shorter is clearly perturbed. â€œCrikey,â€ she says, â€œthatâ€™s the most rattled I have ever heard him. This isnâ€™t what he said to me at all before.â€

Razzellâ€™s case appears to be further weakened when, after he finally agrees to the lie-detector test and spending two and a half hours with the machine operator, he refuses point blank to take the test. â€œHe wants to consider his options,â€ the machine operator tells Shorter on vacating the prison. â€œHe told us to stop.â€ Later, Shorter asks Razzell, â€œHow do we rebuild the trust?â€ â€œAfter a long pause, he replies, â€œI donâ€™t know.â€

Finally, after an intensely thorough examination of the blood spatters in Razzellâ€™s car, forensic scientists conclude that the pattern of the spatters are not consistent with Razzellâ€™s claims. â€œOn balance, planting does not seem very likely,â€ says one. â€œIt seems more likely that (Linda Razzell) was injured and was present in the boot after she was injured.â€

And so Shorter decides to close Razzellâ€™s file. Asked if it was a mistake to take his case on she does not flinch. â€œNo absolutely not. It was right that we should properly examine the things that made this case really noteworthy. Our work has led to definite and very serious answers. All of that evidence had to be explored properly. Iâ€™m glad we took it up.â€

Glyn Razzell has now been moved to an open prison.