‘Vague, incomplete and lacking in vision’: MPs on forensics strategy

By Hannah Wilson, development associate at Women’s Link Worldwide on 16/10/16 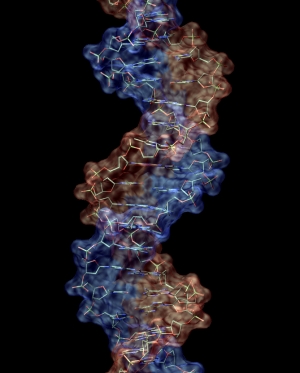 According to a new report by the House of Commons Science and Technology Committee the strategy needs be redrafted and lacked a â€˜clear visionâ€™.
The strategy was published in response to reports by the costs watchdog National Audit Office that standards in this area were falling following the closure of the government-owned Forensic Science Service (FSS) in 2012. However, in a report published in September, the Science and Technology Committee stated that the document is more like â€˜a plan to produce a strategyâ€™, and emphasised that the Government â€˜leaves too many issues under-developedâ€™ and fails to adequately explain its policy and direction on the issue.
The FSS was closed down in 2012, and much of the work that it handled was taken on by private companies which were forced to bid for contracts. The controversial closure was greeted by warnings from senior politicians, scientists and lawyers, including the criminal law committee of the Law Society, that the move would cause miscarriages of justice and have a negative effect on the ability of the police to solve crimes.
The Forensic Science Regulator, Dr Gillian Tully stressed the need for accreditation to mitigate the risk of bias of forensic being undertaken within police forces. She saw â€˜a major risk around unconscious biasâ€™ arising from decisions about what evidence was collected at the crime scene and what forensic tests were. The MPs said that accreditation of all forensic labs and scientists was â€˜essentialâ€™ and should â€˜help dispel any concerns about â€˜cognitive biasâ€™ in the police commissioning and undertaking forensic examinationsâ€™.

Dr Tania Mathias MP, acting chair of the Science and Technology Committee
MPs criticised multiple aspects of the strategy. They have highlighted that the document is â€˜vagueâ€™ in relation to the need for a more consistent, national approach to plans for police to secure forensic services from private contractors, and that there was an â€˜evident failure to consult widely on the strategyâ€™ before it was published.
They have also emphasised that there is a lack of detail about a potential joint biometrics and forensics service, and that there is still a â€˜pressing requirementâ€™ for more research into the quality of forensic science and its role in the criminal justice system.
The committee concluded by stating that the government should publish a redrafted strategy after the biometrics strategy is released and police â€˜scoping workâ€™ is completed. Disputing the committeeâ€™s findings, a Home Office spokesman that they were â€˜confident that the forensic strategy, which was drafted after extensive consultation with experts, represents the best way for policing to develop an effective approach to procurementâ€™. â€˜The strategy sets out a clear vision for the future of forensic service provision, but it is equally clear that it must be designed and delivered by policing. It has been designed specifically in order to sit alongside and complement the biometrics strategy and the two were developed in parallel.â€™