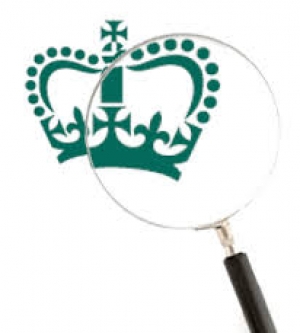 In 2009 the Law Commission published its long awaited report on the admissibility of expert evidence in the criminal courts. Much of their research for the recommendations was based of cases involving medical evidence but nevertheless their findings also applied to the scientific community.

The evidence cited seemed to be based on miscarriages of justice due to some extent on medical issues in particular Cannings (sudden infant death syndrome), Harris (shaken baby syndrome), and on non-core areas, Dallagher (ear prints).

The authors discussed the various problems facing the calling of expert evidence, namely
*undue deference to the expert in complex fields may be dangerous if there are questions about the reliability of the evidence (novel science, too little peer review, doubts about methodology etc),
* no available expert in the same field to enable an effective cross-examination,
* lack of understanding by the lawyers of the limitations of the evidence,
* research that suggests that opposing experts are more likely to be called when the challenged evidence is sound,
* concern over the ability of trial advocates to address methodological flaws in cross-examination and for juries to follow this line of cross-examination.
These concerns demonstrated how expert evidence of doubtful reliability may be admitted too easily and challenged too weakly so that jurors would simply defer to unsound opinions. The authors therefore supported the view that expert evidence should be screened and if found to be unreliable should not be put before a jury.
Within English Common law there are three factors determining the admissibility of expert opinion evidence:
1) whether the subject matter of the opinion is such that a person without knowledge or experience in that area could form a sound judgement without assistance,
2) whether the witness has acquired sufficient knowledge of the subject to render his opinion of value and
3) whether the expert is capable of providing an impartial opinion.
The existing position is that whilst expert evidence is clearly inadmissible if it is given by a quack or a charlatan, if theories are very well established they are taken as reliable.
The authors believed that with the last category trial judges, having no guidance to offer them assistance and English law requiring no test, have adopted a laissez-faire approach and will allow the introduction of almost any expert evidence so long as it is not patently unreliable.
OPTIONS
The Commissioners considered four options for achieving the best way of determining evidentiary reliability:
1) Exclusion without guidance this means that permission to adduce expert evidence could be refused if the probative value is outweighed by the danger that it would mislead, confuse or distract a jury (s78 PACE).
2) Exclusion with guidance as above but with guidance to assist the judge.
3) An admissibility rule requiring consensus among experts in the field.
4) An admissibility rule requiring the trial judge to assess the reliability.
Of these, option 4 was considered the most suitable and is based on the case of Daubert v. Merrell Dow Pharmaceuticals (1993), which assigns to the judge a gate-keeping role whereby he is duty bound to ensure that an expert's testimony rests on a reliable foundation and is relevant.
It provides for consideration to be given as to whether the theory or technique in question has been tested and whether it has been subjected to peer review and publication. Also to consider the known or potential error rate, the existence and maintenance of standards and whether there is widespread acceptance of a technique.
The authors did acknowledge the value of rigorous cross examination and the presentation of contrary evidence as a safeguard against the admission of 'shaky' evidence.
PROPOSALS
Provisional proposals suggested that:
* There should be a new statutory test for determining admissibility of expert evidence, whether tendered by the prosecution or the defence.
*The test would be applied by the Crown Court trial judge, a district judge or bench of lay magistrates.
* The court would have access to a statutory list of guidelines for assistance in all cases.
In addition whether, in exceptional circumstances, the trial judge in trials on indictment should be able to have advice from a court appointed assessor when applying the test.
In support of these proposals they also suggested:
*a more robust approach to accreditation and regulation of experts;
* a disclosure process which would allow all parties to screen their opponents' experts in respect of qualifications, experience, extraneous conduct and whether or not they are accredited by a reputable body, in advance of the trial and
*an enhanced training programme for judges and junior lawyers requiring them to have; i) an understanding of factors to be borne in mind when assessing a scientific hypothesis; and ii) equip them to intervene if an expert acts inappropriately or strays outside their field of expertise.
Therefore in order to achieve this, the Commissioners recommended:

1) A gate-keeping role and reliability based admissibility test for the trial judge with a clearlydefined test for determining whether proffered expert evidence is sufficiently reliable (trustworthy) to be admitted. The party tendering the evidence would need to explain how the evidence is relevant and show that it would aid the jury. Evidence failing this test would be inadmissible. 2) The onus of persuading the judge that the evidence is reliable would be on the party calling the evidence. The accused should not be permitted to adduce expert evidence in support of his/her defence merely because he is the accused i.e. should not be allowed to distort the truth-seeking function of the trial process.3) In exceptional cases the court would be able to call upon an independent assessor (an expert selected by the court from a list prepared by the parties or otherwise at the court's discretion) to determine whether the evidence is properly to be regarded as scientific and if so is sufficiently reliable to be admitted. The assessor's reasoning should be made available to both parties who could question or comment on his/her views.4) Judges and practitioners should receive practical training on methodology, standards for determining statistical significance of research findings and how to determine the reliability of experience-based expertise. The Judicial Studies Board might work with the professional bodies to produce a practical guide for assessing expert evidence.

With regard to costs the Commissioners believed that, although there would be cost implications, the benefits of implementing the reforms would far outweigh initial and ongoing costs.