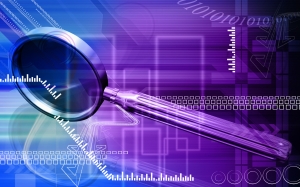 Well we have all probably heard the regularly trotted out statement that the British Justice System is the best in the world and most probably readily accept that as being the true position and in that acceptance retreat into our lives of well-conditioned reassurance, confident that all is well and everything in the garden is rosy. But is the justice system which we British so obviously cherish and rely upon really so efficient? Personally, as things stand at the moment, I am inclined to think not, and would even point out that the statement in itself is decidedly incongruous, for no other reason than because the English and Welsh system of justice is manifestly different to that practised in Scotland. However, that is not the only reason.

So what is wrong with the justice system in England and Wales today? To answer that question I will simply raise some issues from an entirely impartial perspective, all relating to processes I have experienced or observed over several years since my retirement from the police service. In that time I have worked for and assisted a number of forensic companies by delivering services to law-enforcement agencies and lawyers, but also to private individuals, as well as undertaking investigative work. Perhaps, in light of that background and probably unsurprisingly, all the issues at the heart of my concerns relate to the skills and expertise of evidence gathering and the use of what are termed as expert witnesses by both Prosecution and Defence.

I must make it abundantly clear from the outset that as a former senior police officer I am extremely proud to have served and be associated with the police service and am still very pro-police, notwithstanding the battering they are currently taking from almost every direction. I will however voice my personal concerns in relation to some practices that I know also concerns others within the police service, and others like me who have retired and see it from an outside perspective. Nor do I want to be seen as someone who is simply knocking the legal profession and how it operates in its use of experts or those individuals who profess to having the relevant expertise. What I do need to emphasise however is that if certain of these issues are not addressed and addressed quickly there will in the near future be a serious or a series of miscarriages of justice. And by a miscarriage of justice I mean the innocent being convicted and the guilty being acquitted. Indeed many of my contemporaries, and even some within the CPS have privately voiced their concerns by expressing surprise it has not already happened. Some even say they would like it to happen quickly so that the fundamental problems that exist can be fully explored.

I am the first to concede that the police service has moved on a pace since my retirement in 2003 and has tried to embrace a more inclusive and accepting culture. However, in my view, which is a view shared by many both inside and outside of the service, it has to a large extent lost its way in relation to quality investigation and the reliance upon quality expert evidence. In saying that, it is important to emphasise that the police service is between a rock and a hard place due to what is frequently termed as â€˜Efficiency Savingsâ€™ or â€˜Austerity Measuresâ€™, and because of â€˜Procurementâ€™. We therefore know and have to accept that vast savings have to be made as a matter of necessity due to a radical reduction in public spending and government cut-backs.

An important question however must be whether individual police forces have targeted the right areas of policing in which to cut-back. Clearly Chief Constables and Police and Crime Commissioners have had to impose drastic and almost draconian cuts on service delivery and many have reassured the public that front-line services would not be reduced, but of course that statement largely depends upon the definition of front-line services. To many Chief Constables front-line services only means high visibility policing, or in current parlance â€˜boots on the groundâ€™. As a consequence in some areas, responses to reported crime and in turn quality investigation, has taken a knock.

Although I am limited in being able to fully explain all the issues involved, and while others will no doubt point to a reduction in reported crime, that is a whole different subject which requires a different approach. What I can say however is that often the proper use of experts or those with alleged expertise by both the Prosecution and Defence can be highly suspect.

I can provide many examples relating to a whole raft of diverse forensic services which in my submission are not being utilised properly by the Police Service and the Prosecuting Authorities and that is despite the introduction of a Home Office Forensic Regulator who has without doubt strived to introduce quality responses and the use of a globally adopted standard for many forensic applications by future ISO accreditation.

Perhaps one of the best examples I can give relates to the evidential delivery of what is known as Cell-Site Analysis [CSA], one of the several forensic services I am currently engaged with and have a particularly good understanding of.

Historically CSA has always been delivered by recognised and qualified forensic experts whether employed within the private sector or employed in-house by a limited number of police forces. Indeed, even ACPO (the Association of Chief Police Officers) policy on telecoms acknowledged in writing that Cell-Site interpretation is very subjective and because of its â€˜misleading nature should be treated in a forensic manner by being reviewed and presented by expert witnesses whose work was open, validated and audibleâ€™. Within the last couple of years however we have seen the introduction of analysts and other non-experts within the police service introducing cell-site evidence in Court as â€˜evidence of factâ€™ as oppose to â€˜evidence of opinionâ€™, something usually adduced by acknowledged experts. Some have even attended two week courses partly financed by the Home Office in an effort to assist their knowledge-base and to prepare them for the rigours of cross-examination. Interestingly, this seems to fly in the face what the Regulator has been trying to achieve and on the face of it suggests a Home Office conflict. Rule 33 of the Criminal Procedure Rules also seems to endorse the use of â€˜acknowledged and accountable expertiseâ€™.

One of the problems associated with forensic evidence, and particularly things like CSA is that it can be very complex and many lawyers on both sides of the â€˜legal divideâ€™ openly concede that they have not got the knowledge to openly question or challenge such evidence. Even judges must have similar concerns. Many lawyers therefore just accept the evidence as being correct which is hardly ensuring the presentation of â€˜Best Evidenceâ€™. On other occasions forensic evidence is just not sought by investigators, or if sought, often declined purely on the basis of cost.

Turning now to how defence lawyers deal with expert evidence is yet another eye-opener. I was particularly interested to watch a June 2014 edition of Panorama (http://www.bbc.co.uk/programmes/b044p2gc) which at least grasped the nettle and went about exposing a number of â€˜expertsâ€™ who were seemingly happy to tailor their evidence to the needs of their paymasters. While I know that this conduct might only relate to a minority of experts, my interest in that programme lay in the fact that the producers rolled out a number of lawyers who openly expressed their concerns that the experts involved were probably committing a whole host of criminal offences. That is however a response that raises the vexed question of how many defence lawyers would, in the event of receiving an honest expert report which adduced even more incriminating evidence against their client, disclose it to the Prosecution? Before answering that question, unlike in civil law where disclosure is a two way street that is not the case in criminal law; only the Prosecution has a duty to disclose.

Now before I am inundated with lawyers advising me about the virtues of legal professional privilege, let me pose one simple question. What if the findings related to a person in charge of vulnerable children and the evidence found by the expert further incriminated that individual in serious sexual abuse? I know of several such cases where the evidence has merely been â€˜filedâ€™ and the case fought as a â€˜Not Guiltyâ€™. Even recent enquiries by some genuinely concerned expert witnesses with lawyers at the highest level of the CPS has as yet failed to resolve this difficult legalistic dilemma involving legal privilege. It seems that there is a view amongst some lawyers that legal professional privilege is sacrosanct and as a consequence overrides the guilt of the guilty and as such ignores the plight of the victim.

What then the price justice?