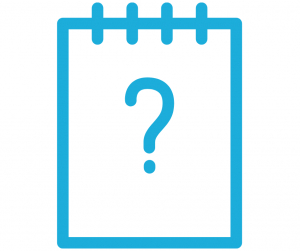 Thousands of criminal court cases are collapsing in England and Wales every year due to missing and lost evidence – raising concerns about the potential for serious miscarriages of justice.
As reported in Byline Times a total of 11,736 cases collapsed due to key evidence being missing between the start of October 2018 and the end of June 2020, according to data acquired through a Freedom of Information request.
Of these, 21 were homicide cases and 220 were sexual offence cases. A total of 2,146 cases involving bodily harm or the threat of bodily harm collapsed due to missing or lost evidence over that time period, as well as 1,505 cases involving theft or handing stolen goods.
The figures come in the wake of the publication of data showing that the Metropolitan Police had recorded a total of 1,343 pieces of evidence as lost between the start of 2013 and May 2020.
Organisations that monitor the police have seen increasing problems with evidence storage since the central Forensic Science Service (FSS) – which analysed crime scene evidence – was controversially shut down by the Government in 2012. The closure of the FSS shifted some of its duties to private sector companies, as well as to the 43 police forces in England and Wales – increasing the police’s responsibilities when it comes to storing and transporting evidence.
Carole McCartney, a professor at the School of Law at Northumbria University, who has been researching evidence storage practices in the UK with the charity Inside Justice, told Byline Times that the existing system is in need of urgent reform.
“The number of cases that are collapsing due to missing evidence is shocking and unforgivable, but I’m not surprised because we know from our research that significant volumes of evidence are being lost,” she said. “There are so many horror stories. Police forces don’t have the space or expertise to deal with evidence in the appropriate way.”
Police forces in England and Wales are using a variety of systems to categorise and store evidence with very little standardisation, according to Inside Justice’s research, which has shown that few police officers know about the existing standardisation guidelines and even fewer are following them.
“There is a lot of contamination of evidence and an inability to deal with digital evidence,” said Prof McCartney. “It’s chaotic and it ends up with a lot of exhibits being wasted and lost. We’ve heard accounts from police officers who have had to go to the homes of victims to tell them they can’t prosecute because evidence has been lost.
“We are also seeing people who want to appeal their convictions, but they can’t because evidence has been lost. Police officers have told us that evidence is not being recorded properly and is being stored casually around police stations – occasionally with stashes of seized illegal drugs kept in insecure locations, like personal office desks, where they sometimes go missing. It’s scary. The whole system is disintegrating.”
Three-quarters of police officers surveyed by Inside Justice had seen evidence lost or destroyed, often directly impacting the outcome of investigations. Prof McCartney believes that inspection and disciplinary regimes must be put in place to identify when evidence is lost and to punish officers who have lost it.