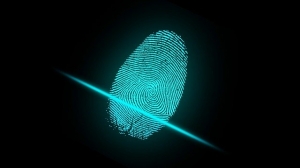 By Damian Allain, Head of Casework

As a former police officer, having served more than 30 years with the Metropolitan Police, many of them at New Scotland Yard as a senior detective specialising in homicide investigation and serious and organised crime, I know the enormous pressures that are placed on teams working on cases, especially with austerity measures and reductions in resources in recent years.

Last year I took on a new role as Head of Casework at the registered charity Inside Justice which provides pro bono legal, expert and investigative support to prisoners who maintain their innocence.

A huge amount of effort and hours are dedicated to meticulously capturing data in order to successfully bring a case to court and ultimately secure a conviction. It’s what happens afterwards which is concerning us at Inside Justice. Ultimately, we approach each case with objectivity to determine if the conviction is sound or if there are concerns about the safety of a conviction.

One of our most notable cases is that of Roger Kearney, the subject of a major BBC documentary, Conviction: Murder at the Station, which followed our investigation of the case.

Roger was convicted of the murder of his girlfriend Paula who was last seen on the evening of October 17th 2008, leaving a Tesco store in Southampton. Eleven days later, her body was found in the boot of her car. She’d been stabbed eight times. The prosecution case was an argument had broken out and Roger had stabbed Paula to death in her car, put her body in the boot, tidied the car up and removed her mobile phone and car keys before going to his night-shift at the Royal Mail. Significant efforts were made by police staff involved in the murder investigation to studiously gather evidence for scientific tests. Yet no forensic link between Kearney and the victim or her car could be found at the time of the murder.

Convicted in 2009 and sentenced to life with a minimum tariff of 15 years, Roger Kearney has always protested his innocence.  After a failed appeal in 2010, Inside Justice took the case on in 2011 and, as science evolved, a forensic strategy was developed by leading scientists on the Advisory Panel of the charity, designed to show objectively whether the right man was in jail. However, it has become apparent that key material, such as a carrier bag with a fingerprint in blood and body tapings from the victim which have the potential now to show handler DNA from the person who manoeuvred the victim, have been lost, destroyed and contaminated through inappropriate storage by the investigating force.

So what should happen to exhibits and evidence gathered in the course of a police investigation, post-conviction, or in the event that the case does not progress to court?  There are two key sources of information that frontline staff need to know about: a Code of Practice flowing from the Criminal Procedure Investigation Act 1996 (CPIA) and the National Police Chiefs’ Council Guidance Regarding the Storage, Retention and Destruction of Records and Materials That Have Been Seized for Forensic Examination (NPCC).

CPIA provides clear guidance with a uniform direction that all material and objects should be kept until the prisoner is released from custody. NPCC directs police forces and forensic science providers to keep material in: major crime for a 30-year period before review; serious crime for 6 years and volume crime for 3 years.

Over the past three years Inside Justice has sent Freedom of Information requests to all 43 police forces of England and Wales and the responses show a worrying lack of awareness and consistency about this issue. It is hardly surprising. Confusingly conflicting guidance from a multitude of sources over the years, muddied by a smattering of in-force policy does not make for a clear landscape.

Additionally, practical issues around the retention of bulky or expensive items will need careful consideration by the SIO along with, for example, issues of sensitivity such as a victim or family asking for the return of sentimental items. The key guiding light is CPIA.  Material, particularly swabs and samples are easy to store at the Forensic Archive Ltd and any objects which could be subjected to cutting edge techniques must be kept by the investigating force till the prisoner is released. Doing so allows the integrity of the conviction to be maintained and unsolved crime to finally be resolved.

We are gathering data on this issue and have designed a short, anonymous survey with police staff in mind. Please complete it, sharing your experiences so we can help forces get the facilities and awareness they need.

You can find a link to the survey here https://www.surveymonkey.co.uk/r/CP7JWK9

*This blog was published in both The Police Foundation and on the Policing Insight website in July 2020.