Conviction: Murder at the Station 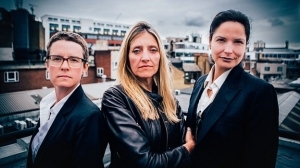 In 2016 the BBC aired a two-part TV series which followed the work of the Inside Justice Advisory Panel as it reinvestigated the conviction of Roger Kearney. Roger had been convicted of the murder of his lover in 2010.

Inside Justice began work on this case in 2011 beginning an extensive review of all trial papers and exploring new forensic opportunities.