Valentino Dixon draws golf courses, hundreds of them, taking inspiration from Golf Digest magazine borrowed from a fellow inmate.  â€œSomething about the grass and sky was rejuvenating,â€ Dixon writes. â€œIt seemed peaceful. I imagine playing it would be a lot like fishing.â€ Over the years, his artwork came to the attention of an editor at the magazine, who wrote about Dixon and his case, noticing how flimsy the evidence... Read more...

Joshua Horner was convicted of child sex abuse last April in the US state of Oregon and sentenced to 50 years in custody. His accuser alleged Horner had shot and killed her dog as a warning not to go to the police. However, Lucy the Labrador was found alive and well in another town after apparently being given away. â€œShe was drinking a bowl of water and sitting in shade underneath a porch,â€ said Lisa Christon, a volunteer with the... Read more...

Experts: Who needs them? 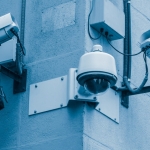 People in this country have had enough of experts. So declared the ever helpful Michael Gove back in 2016, though he may well have changed his mind since then. He might well reconsider should he ever find himself in front of a Crown Court jury. Read more...

No deal on Brexit will hamper justice 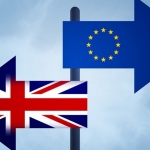 Failure to reach a deal over law enforcement cooperation after Brexit could hamper crime agencies in bringing criminals to justice, 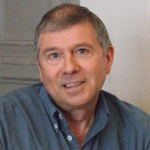 There are some people who make an impact in life and change the lives of others for the better. Bob Woffinden was one of those people, and his sad death on 1st May 2018, after being ill for some time, is a huge loss in the fight against British injustice, to the many victims of the criminal justice system he helped, by raising awareness to their causes, and in some cases securing freedoms and changing the law, and current and future victims who have been robbed of one of their leading champions. But Bob has left an indelible imprint, and he will be remembered: put simply and prosaically, he left the world a better place than when he entered it. Read more...