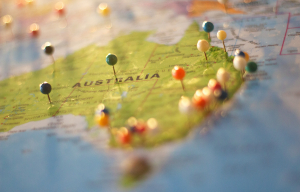 An Australian man has taken the unusual step of personally suing a judge for a compensation over an alleged miscarriage of justice.

The unnamed man was jailed for six days for contempt of court during a family law case. During his time in custody the man said his mental health suffered and he woke up to his cellmate strangling him.

The issues arose when in August 2018 the man failed to disclose financial information which led Judge Salvatore Vasta to tell him:

"If people don’t comply with my orders, there’s only [one] place they go, OK. And I don’t have any hesitation in jailing people for not complying with my orders."

In a judgment in February 2019, the Full Court of the Family Court – Justices Steven Strickland, Peter Murphy and Michael Kent – set aside the orders made by Judge Vasta and labelled the situation a "gross miscarriage of justice".

"We are driven to conclude that the processes employed by the primary judge were so devoid of procedural fairness to the husband, and the reasons for judgment so lacking in engagement with the issues of fact and law to be applied, that to permit the declaration and order for imprisonment to stand would be an affront to justice," the court found.

According to the Sydney Morning Herald in a defence filed last week the State of Queensland said it had made "reasonable inquiries" but remained "uncertain as to the truth" of some allegations made by the man, including the incidents he allegedly experienced during his time in custody.

Judge Vasta and the Commonwealth have not yet filed documents in the case, which is due to be mentioned in court for the first time in February.