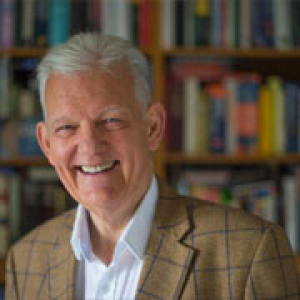 You may have seen the tremendously sad news that our dear friend Eric McGraw has recently died. It was Eric’s idea to establish a charity to help prisoners who claim to be innocent and he was a tireless champion for the difficult work we do. Inside Justice simply would not be here without him.

Whilst visiting his widow Svetlana, I noticed a board of photographs of him with various famous faces. It encapsulated two wonderful qualities of the man: his humour and his ability to engage support from unlikely quarters for prisoners and prisoners’ rights.  I shall miss him dearly.
Louise Shorter, Inside Justice Founder and Investigator.

Eric McGraw Obituary by Peter Stanford in the Daily Telegraph

It is hard to think of another individual in recent times who has had more of a direct and sustained impact on the every day life of prisoners in this country than Eric McGraw, who has died at the age of 76. In 1990, he set up Inside Time as a free newspaper that gave prisoners a voice.  Distributed in every UK jail, today it is an indispensable part of the criminal justice system as a truly independent channel that connects the prisoners, officers, governors, judges and ministers who are among its readers.