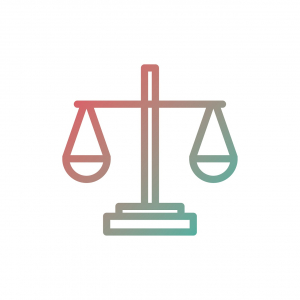 As reported in the Portsmouth News, 24 Nov 2020
Inside Justice has said ‘people close’ to the victim said Mrs Paula Poolton may have been in a ‘relationship or friendship’ with another man close to her death.
Louise Shorter, chief executive and investigator at Inside Justice said: ‘There has been further speculation of this on social media and if true, could be highly relevant to the case.
‘We need to know one way or the other, so I am appealing to anyone who has information about a relationship or friendship to come forward, speaking in confidence if need be.’
In 2016 the BBC screened Conviction: Murder at the Station showing Ms Shorter investigating the case and finding tapings from the victim’s clothing and a carrier bag had been lost, destroyed or contaminated.
There is guidance in place to stop this from happening but 80 per cent of police forces are unaware, the charity claimed.
Hampshire police spokeswoman said: ‘Hampshire Constabulary has co-operated fully with the Criminal Cases Review Commission (CCRC) and all records relating to our investigation into the murder of Paula Poolton have been shared with them upon request.
’We have confirmed to the CCRC that some forensic exhibits have been disposed of since Roger Kearney’s unsuccessful applications to appeal. These items did not become actual court exhibits during Roger Kearney’s trial and were not used as part of the criminal proceedings or the evidence that led to his conviction for Paula’s murder.
’The exhibits and disclosure officer in this case disposed of the exhibits because they had either been forensically tested to the point of destruction, were deemed a health hazard or had not become actual court exhibits and because Roger Kearney had exhausted all legal avenues to appeal his conviction.
‘These exhibits were available to the court at the time of Roger Kearney’s trial and were not used. Their subsequent destruction has no bearing on the investigation into Paula’s murder or Roger Kearney’s conviction in 2010.
’As a force we constantly seek to ensure we uphold best practice and although we don’t believe the destruction of these exhibits has had a detrimental effect on this case, we acknowledge that the senior investigating officer was not consulted before their destruction.
’We have reviewed our management of forensic exhibits and changed our policy and working practices to make sure the retention and destruction of forensic exhibits is appropriately managed.’