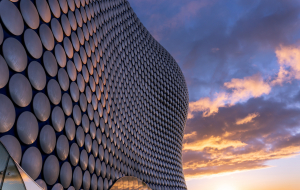 A judge at the Old Bailey has ruled that journalist Chris Mullin will not have to disclose his sources dating back to his investigation in 1985 and 1986, into the Birmingham pub bombings, after a legal bid from West Midlands Police.

Police lawyers maintained Mr Mullin's notes could solve the case, saying they contained the name of the bomb planter.

The former MP said he was "grateful" for the judge's decision.

"The right of a journalist to protect his or her sources is fundamental to a free press in a democracy," he said in a statement after the Old Bailey ruling on Tuesday.

He said his actions were "overwhelmingly in the public interest."

In his ruling Judge Mark Lucraft concluded: “Whilst I can see the benefit likely to accrue to a terrorist investigation if the material is obtained, having regard to the circumstances under which Chris Mullin has the material in his possession, custody or power, I do not feel that the material should be procured or that access should be given to it.”

Photo by Sarah Doffman on Unsplash