New evidence may cast doubt over convictions of fishermen 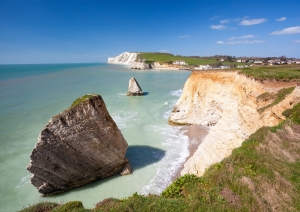 A lawyer appealing for the release of the 'Freshwater Five' says evidence shows their boat was in the wrong place for a drugs transfer off the Isle of Wight.

Jamie Green and his crew – Scott Birtwistle, Daniel Payne and Zoran Dresic, along with Jonathan Beere – were jailed in June 2011 for up to 24 years each for conspiracy to import cocaine.

All five men claim they are innocent after 250kg of cocaine worth £53m was found floating in holdalls in the island’s Freshwater Bay.

New evidence which has been discovered by their lawyer Emily Bolton casts doubt over the safety of their convictions. Data collected from the UK Border Agency's surveillance vessel radar shows that the path of the fishing boat never crossed that of the container ship, making a transfer of drugs impossible.

This evidence was not shown to jurors during the trial.

In the appeal document prepared by Ms Bolton and seen by The Observer newspaper, it states: “The failure by the prosecution to examine and disclose the ECDIS (Electronic Chart Display Information System) product at trial deprived the defence of substantial arguments that might have led to different verdicts.”