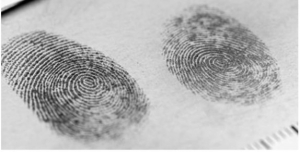 As reported in Inside Time, members of the House of Lords have claimed that underfunded and inconsistent forensic science in Britain risks creating miscarriages of justice.
The Government scrapped the state-owned Forensic Science Service in 2012 and police forces now do their own analysis or contract it out to private labs. A report by the Lords Science and Technology Committee in 2019 found that that forensic science was underfunded, with too little research being carried out, and that Legal Aid cuts meant defendants could not always hire their own experts to challenge prosecution forensic evidence.
In a debate on the report last month, peers from all parties complained that the Government had failed to act on the its recommendations.
Lord Patel, a former hospital consultant and cross bench peer who chairs the Science and Technology Committee, said: “Over the last 10 years there have been nine reports on forensic science and the criminal justice system, all intended to improve the service—yet adverse reports on virtually all aspects of the system continue to be made … The quality and delivery of forensic science in England and Wales is inadequate. We heard this repeatedly in our inquiry.”
Labour peer Baroness Warwick of Undercliffe said the 2019 report showed that “the forensic service in this country has become a shambles”, with inadequate quality, too little funding and research, and a lack of high-level leadership. She said: “The delivery of justice depends on the integrity and accuracy of the evidence available. The inadequacies of the service are clearly endangering that integrity, as well as undermining public confidence.”
Lord Winston, the TV doctor and Labour peer, said: “It is obvious that major deficiencies have left some cruel results and great distress—or even worse—for a number of people, often entirely innocent citizens. The delay in doing something more about this is an underlying problem and it reflects extremely badly, in my view, on the Government.“
And Conservative peer Lord Griffiths of Fforestfach said: “The quality of forensic science is not at present fit for purpose nor up to our traditional reputation.”
Responding for the Government, Home Office minister Baroness Williams of Trafford said ministers had invested more than £50 million over the past two years in strengthening police forensic services, including digital forensics.
She said that the establishment of the post of Forensic Science Regulator, with statutory powers to enforce quality standards, “represents a significant milestone in the delivery of quality forensic services in England and Wales”.

The minister added: “Despite everything said this afternoon, this country has some of the world’s best forensic scientists, both in public law enforcement and within the private sector. Every day, their expertise is deployed to solve crime and deliver justice.”

Originally published in Inside Time - the national newspaper for prisoners and detainees. Download their app now!