More than half of all wrongful criminal convictions in the US are caused by government misconduct. 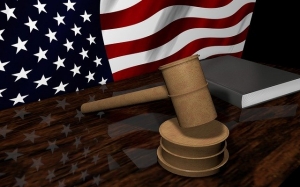 Official misconduct is a major cause of convictions of innocent defendants, a new study has found.

The National Registry of Exonerations found that in 1,296 of cases, 54%, misconduct by government officials contributed to the defendants’ wrongful convictions.

Samuel R. Gross, an emeritus professor at the University of Michigan Law School and a co-founder of the registry told the Washington Post: “Misconduct by police, prosecutors and other law enforcement officials is a regular problem, and it produces a steady stream of convictions of innocent people.”

And because the data for exonerations is gathered randomly, from news reports and legal rulings, with no central repository of court statistics, “it is clear to us that misconduct occurs in many more cases” than the registry tracks."

In 93 of the exonerations, the innocent defendants were sentenced to death at least in part because of official misconduct.

That National Registry lists all known defendants who were convicted of crimes in the United States and then exonerated by new evidence of innocence since 1989—a total of 2,400 cases as of February 27, 2019.

To read the full report please visit the registry's website.