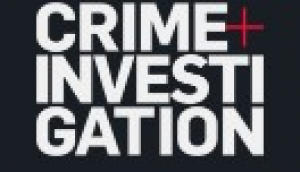 A new two-part docuseries on miscarriages of justice called British Injustice with Raphael Rowe has aired this week.
The first episode revisits the wrongful arrest and imprisonment of the so-called ‘Cardiff Newsagent Three’ for the murder of businessman Phillip Saunders in 1987. Meanwhile the second episode looks at the case of John Kamara who spent 19 years in prison for the killing of Liverpool betting shop manager John Suffield, who was stabbed to death in broad daylight in 1981.
Each episode explores the investigations that shattered the lives of these miscarriages of justice victims and unveils the repeated failures within the British criminal justice system.
Raphael Rowe, who presents the series, spent 12 years in prison for a crime he did not commit. In 1988 he was arrested for murder as one of the ‘M25 Three’. He was sentenced to life in prison, but after lengthy appeals, he was acquitted and released just over a decade later, his conviction quashed.
British Injustice with Raphael Rowe premiered on Crime+Investigation this week and is now available on crimeandinvestigation.co.uk/play