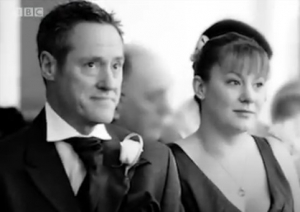 Inside Justice which is reviewing the case of a man convicted of murdering his lover is investigating claims the victim may have been have been in a relationship with another man.
Roger Kearney was jailed for life in 2010 after Paula Poolton, 40, was found stabbed to death in the boot of her car in Swanwick, Hampshire, in 2008.
Kearney, now 67, has always maintained his innocence.
Inside Justice has appealed for new information and evidence following the claims made on social media.
Kearney's daughter Louisa Wiggington, who asked the charity to look into the case, said: "My Dad is a caring person. He's a first-aider, he was a safety steward, he was a union rep - not a callous murderer."

Louise Shorter, CEO told BBC News: "There are postings on social media sites, such as the Saints website, in which individuals who claim to have a connection to the case or to have been a friend of Paula state that she was having an affair with a third man at the time of her death..."