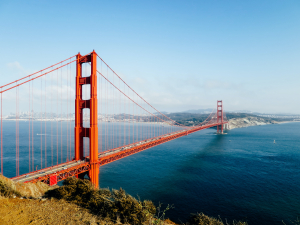 A San Francisco man has been released from prison this week after serving 32 years for a crime he did not commit.
Joaquin Ciria was convicted of murdering a friend, Felix Bastarrica, in 1990 and that conviction was overturned on Monday by a San Francisco Superior Court judge. The Northern California Innocence Project put the case in front of District Attorney Chesa Boudin's Innocence Commission 18 months ago after they found new evidence and witnesses.
Mr Ciria, 61, told reporters: "They did justice where justice needed to be done and I'm really happy today. I want to say thank you to my attorney," said Ciria, embracing the attorneys who fought for him.
"My first five years I was thinking I really can't take it," said Ciria. "I thought that I was going to lose my mind any day, but when you put faith - your faith in God - you gotta keep going."
"This is what we do our work for," said Linda Starr, Director of the Northern California Innocence Project at Santa Clara University. "These moments are amazing. It's why we've fought for 20 years to correct the witness identification procedures that are used, so mistakes like this don't happen."
Photo by Patrick Tomasso on Unsplash